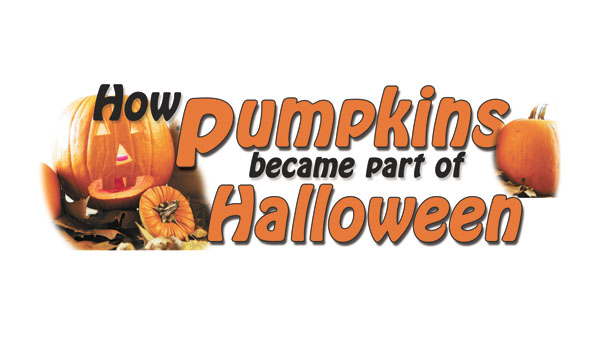 Irish folklore tells of hallowed out vegetables made into lanterns

In the archives of the Freeborn County Historical Museum is a shoebox filled with old postcards based on holidays and special occasion themes. Twenty of the cards are based on Halloween. And of this number, 15 feature pumpkins.

There may be a slight controversy regarding the pumpkin being classified as a fruit or vegetable. However, there’s absolutely no question that this orange-colored fall favorite is closely associated with both Halloween as carved Jack O’Lanterns and as part of Thanksgiving’s tasty pies.

Most of the postcards in the museum’s collection are from eight to 10 decades ago. In that era the event taking place on Oct. 31 was spelled Hallowe’en. This is emphasized on most of those postcards. That word is a contraction for the full name for this particular day. Centuries ago the day before All Saint’s Day (Nov. 1) was known as All Hallows Eve (or Evening).

Now, how did the Jack O’Lanterns or lighted and carved pumpkin become a part of this particular day or evening? The answer is based on Irish folklore and what was originally a crude lantern created from a large hollowed out turnip or gourd.

According to one version of Irish folklore, a drunken farmer named Stingy Jack tricked the devil into not taking his soul when he died. However, when he did die and went to Heaven, St. Peter turned Jack away because of his miserable and worthless life. When he went to Hades the devil recalled being tricked and also refused his entry, consigning Jack to the darkness of purgatory. To help him cope with the darkness, Dingy Jack created a lantern from a hollowed out turnip and used a burning lump of coal for illumination.

On All Hallows Eve the Irish created lanterns from carved out turnips, gourds and other large vegetables. For illumination they used small candles and eventually carved eyes and mouths in the crude lanterns. The intention was to ward off evil spirits and keep Stingy Jack away.

When the Irish started to migrate to North America in the 1800s, they brought along many of their customs. One was the intense observance of St. Patrick’s Day on March 17. Another was the Jack O’Lantern for Halloween (or Hallowe’en). It wasn’t long before these folks discovered that pumpkins were larger and easier to hollow out and carve for use on the last evening of October.