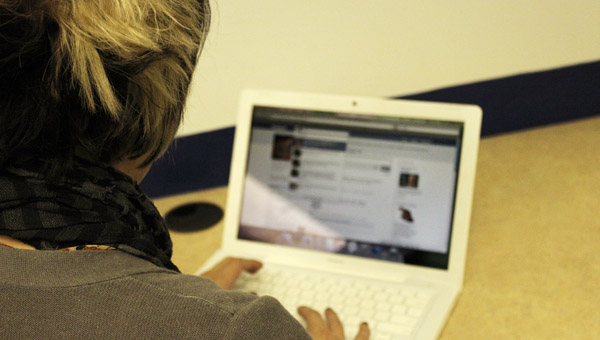 Editor’s note: This is the second in a weekly series on the issue of bullying.

Technology and social media, otherwise known as cyber bullying, have changed the way kids can be bullied or harassed. For bullies, technology has made hurting others much easier. It enables them to be mean or threatening when they are not in the presence of the victims — and many parents aren’t even aware of it because they’re not monitoring phones or computers.

Another problem with cyber bullying is that any messages or photos posted are online for good, and most children are too young or immature to realize that it could affect them later in life.

Cyber bullying can be hard to define. It can include sending text messages or e-mails. On social networking sites such as Facebook and YouTube, bullying can be more painful for students because all their peers can see it. It can include anything from hurtful messages, or photos or videos depicting someone in an embarrassing way. 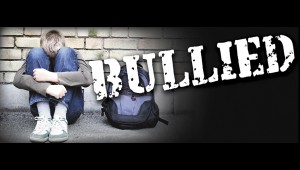 One way to help alleviate online bullying is by monitoring it. In the same way that teachers walk through the halls at schools, experts say parents should be watching what their children are doing and saying online. High schools students realize that if their parents are “friends” with them on Facebook they’ll have to act differently on the site.

Inevitably the cyber bullying problem gets brought to school for many reasons. Some parents feel ill-equipped to deal with bullying issues or the fight on Facebook turns into a fight in the hallways at school. Administrators in Albert Lea’s school district are still trying to find their role in the problem.

“It’s a whole other thing that schools haven’t dealt with before,” Superintendent Mike Funk said.

Another problem with cyber bullying is that schools are trying to use more technology in the classrooms with computer labs, touch iPods or other equipment. These tools can easily be used by students to get online. Because educators want to use new technology, Funk said they’ll have to be smarter about how to use it.

“You need to teach how to use them properly,” Funk said.

He also said he wants parents to have a role in educating about social media and to be aware of what their child is texting or writing on social networking sites. Having parents aware of what exactly their child is doing on social network sites could be the biggest detractor of bullying behavior. One problem is that some parents don’t know what Facebook is or how it works.

Superintendent of Alden-Conger Schools Joe Guanella said parents need to take an active role in technology by knowing passwords to their children’s social networking sites and looking at kids’ text messages. He said instead of parents trying to be friends with their child, they should remember to be their guardian first.

“Parents think kids have a right to privacy when they shouldn’t,” Guanella said.

“Parents should know their passwords and be able to check their phones,” Shack said.

Sometimes online bullying can be taken to the extreme and Southwest Middle School Principal Marsha Langseth said students need to understand the seriousness of their actions.

“Everything is permanent,” Langseth said.

She also called the students “digital natives” meaning they have grown up with technology and understand it much better than most adults. (Digital immigrants are people who didn’t have access to computers growing up but use them now.) If a threat is made through text or Facebook on the weekends, Langseth encourages parents and students to go to the police.

Frank Kohl, a detective with the Albert Lea Police Department, said he has dealt with a few Facebook problems, but he has run into more problems with threatening text messages.

“We have text messages we have to deal with,” Kohl said.

He also said most Facebook issues he’s heard of don’t get to the point of needing mediation from a police department.

Some high-schoolers say Facebook is a place where fights can be between friends, and the next day much of the student body knows what happened because all the posts were public.

A “wall” on Facebook is a person’s profile homepage where public messages can be posted. Another senior at ALHS, Marley Cardona, said online bullying is different because having the public see everything makes it more hurtful.

“It’s very inescapable,” Cardona said. “It’s an unfortunate tool that some bullies use.”

He also said he thinks having parents monitoring texts and Facebook would help stop bullies, but for kids being bullied sometimes parents can make the issue worse by bringing more attention to it when the student would rather live with it.

“It depends on the situation,” Cardona said.

Cardona said the most important thing parents can do is to take notice of their childs actions and words, and to sit down with them and talk if they see their child behaving differently.

“I know kids don’t like to talk about it,” Cardona said. “Parent involvement would help tremendously.”

For children with mental health issues, cyber bullying can exacerbate their symptoms. Christine Davis, a children’s mental health case manager with the Freeborn County Department of Human Services, said she had an experience with one of her clients where a group of other children were targeting her. The children knew she had anger issues and escalated her to the point of rage, recorded it and posted it on YouTube. Shack said cyber bullying will continue to progress with new ways to publish things online.

“Teenagers are more impulsive if you give them access to immediate publishing,” Shack said. “It’s hard to protect your children and teach them good skills.”

Next Friday: Learn what students and administrators from Albert Lea’s school district think of bullying and how it can be helped.

Other stories in the series: