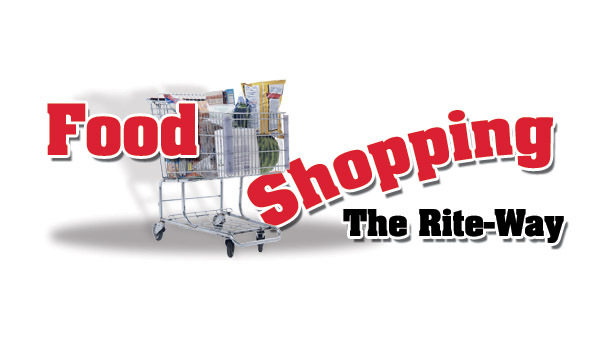 Food shopping in Albert Lea has changed through the years

Editor’s Note: This is the first of a two-part series.

Albert Lea’s Western Grocer Co. was located on East Pearl Street just south of the courthouse block. For many years the west side of this building displayed advertising for Jack Sprat food products and Chocolate Cream which was a brand of coffee. This building was demolished in 2002 and the entire site is now part of the present Freeborn County Government Center. -- Photo courtesy Freeborn County Historical Museum

Eight decades ago one of the area’s popular destinations for food shopping, especially for Thanksgiving meals, involved a group of family owned groceries known as the Rite-Way Food Stores.

What was also known as the R Grocer developed as a rather informal association of neighborhood grocers and small town and rural general stores. This grouping of affiliated stores may have been created about a century ago by the Western Grocer Co. of Albert Lea. (The word grocery was never used in this firm’s corporate name or for business activities.)

The Western Grocer Co. was a wholesale distributor of food items. The Albert Lea Division evolved in 1901 when the Marshalltown, Iowa, firm purchased the local Ransom Brothers Co. which had a large warehouse and office building on East Pearl Street.

The Western firm had a canning and packaging plant in Marshalltown that produced about 70 food items for stores in Iowa and Minnesota. These products had several private brand names including R Grocer, Jack Sprat, Mayflower and Chocolate Cream (a high grade coffee blend.)

To help area consumers prepare their food shopping lists, the Western Grocer Co. had weekly ads published in the Tribune. These ads promoted the firm’s products that were on special at the Rite-Way Food Stores. 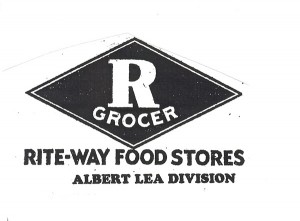 On Nov. 18, 1932, the Tribune ad for the Rite-Way Food Stores featured items that could be used for Thanksgiving dinners. For pie making, two cans of Jack Sprat brand pumpkin were on sale for 21 cents. R. Grocer Flour (“guaranteed to please”) was available in a 49-pound sack for $1.15. A nine-ounce package of Jack Sprat condensed mince meat was on sale for a dime.

For beverage bargains there was a 28-ounce bottle of Jack Sprat ginger ale for 15 cents, a pound of R Grocer coffee for a quarter and three pounds of premium Chocolate Cream Coffee for a dollar.

Oysters in that era were a traditional part of many Thanksgiving dinners and listed in the Rite-Way ad without a price being indicated. However, there was no mention of meat or poultry in the Western Grocery-sponsored ads. This may have indicated the wholesale firm was not involved in this aspect of food products. Yet, nearly all the grocery and general stores in the 1930s had their own butchers and meat counters. Also, there were several Albert Lea butcher shops specializing in meat and poultry sales.

One of the Albert Lea Rite-Way Food Stores and later a Jack Sprat affiliate was Carl’s Grocery, 303 S. Broadway Ave., owned by J. Carl Johnson. This photo was taken about 1938 when the studios and offices of Radio Station KATE were located in the upper floors of this building. — Photo courtesy Freeborn County Historical Museum