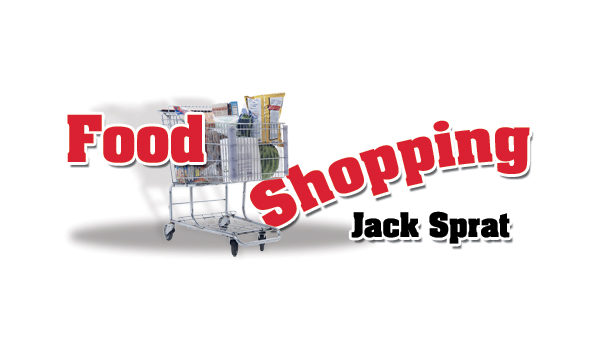 Editor’s Note: This is the second of a two-part series.

Seven decades ago families celebrating Thanksgiving Day could purchase some of their food items at an area Jack Sprat Food store.

The name of Jack Sprat was used as the brand for many of the food products of the Western Grocer Co. of Marshalltown, Iowa. This wholesale firm with a large building on East Pearl Street in Albert Lea had originally set up a grouping of family-owned grocery and general stores in the city and area communities. These places were designated with the logo of R Grocer and as Rite-Way Food Stores.

About 1936, the decision was made to change the name of those stores to Jack Sprat. After all, Jack Sprat was the prime brand name used by Western Grocer Co. for food products distributed and sold in Iowa and south Minnesota. Thus, the Rite-Way name soon faded away.

And just who was Jack Sprat?

This name was based on an English nursery rhyme with a food theme that reportedly originated about 1639. The most common version of the rhyme is:

Jack Sprat could eat no fat

His wife could eat no lean,

And so between them both, you see,

They licked the platter clean.

The poem became a part of the Mother Goose legacy around 1765. What was depicted on the west side of Albert Lea’s Western Grocer building facing South Broadway Avenue was based on the logo used for the various cans and packages sold in area stores with the Jack Sprat label.

On Nov. 15, 1940, two side-by-side ads in the Tribune featured Thanksgiving food items. One ad was sponsored by Western Grocer Co. for the area’s Jack Sprat Food Stores. The second ad was for Johnsrud Food Market which declared it was the downtown Jack Sprat store.

What was likely the most unusual part of the Western Grocer ad was an illustration of a slice of pie and an explanation of what actually comprised Jack Sprat Mince Meat. The product information said it was “aged nine months in wood, made from beef, apples, imported black currents, raisins and citrus peels, with boiled cider and spiced to enrich the fruit.” A two-pound jar was on sale for 35 cents.

The Johnsrud ad emphasized it also had a meat market. A cooked turkey was illustrated on a platter but no price was listed. Oysters at this store were on sale for 49 cents a quart, and beef roasts and pork chops were both 18 cents a pound.

In 1946 Albert Lea’s Western Grocer Co. was sold to Consolidated Foods. As a result, the Jack Sprat brand name for food products and for area stores soon just faded away. From 1967 to about 1984 the building on East Pearl Street was the address for the Drug Supply firm. Then the large building was used by Stevens Window and Hardware until 2002 when city records show the former Western Grocer structure was demolished and the entire site became part of the present Freeborn County Government Center.