An era of groceries 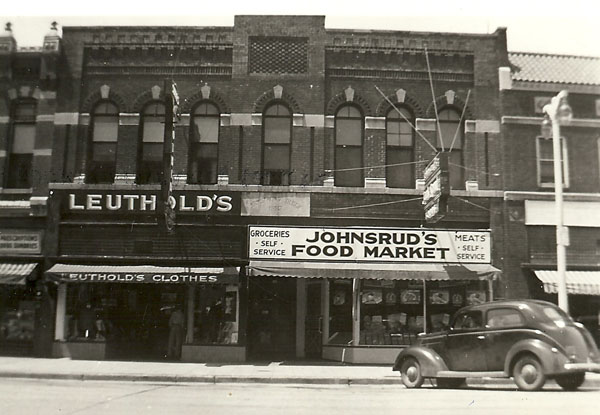 Johnsrud’s Food Market, 118 S. Broadway Ave., was one of several grocery stores in the city’s business district, This store was owned by L.B. Johnsrud in 1950. Crescendo is now at this address. -- Photo courtesy Freeborn County Historical Museum

Six decades ago the most logical place to purchase food for family consumption during the holiday season and also the rest of the year was at a neighborhood grocery store. These mostly small family-owned stores had a surprising array of food items, produce, beverages and meat counters. 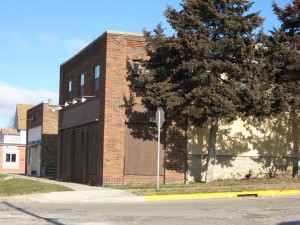 Many of the city’s groceries and service stations obviously liked corner locations. A good example was Wayne’s Grocery, 929 S. Broadway Ave. In 1950 this store at the Fourth Street corner was owned and operated by Obell E. Wayne. -- Ed Shannon/Albert Lea Tribune

To emphasize the real scope of this type of commerce in 1950, the city directory for that year listed 39 establishments under the category of groceries and meats — retail.

In many of these stores the customers would tell the store owner or clerk what was on the shopping list or was needed. Then the person behind the counter would go around the store to pick up those items, package them and either collect the amount for the purchases or add the total to a charge account.

That last part is correct. For many years these neighborhood grocers let families charge their purchases until the next payday, or just after the crops or farm animals were sold. And during the Depression time of the previous two decades this practice was a real help to many families.

There was another aspect to the operations of these grocery stores that’s now nearly forgotten. Customers could place an order with a telephone call and later in the day the food items would be delivered. Thus, the elderly or disabled customers in particular didn’t have to leave their homes or apartments to do their grocery shopping. 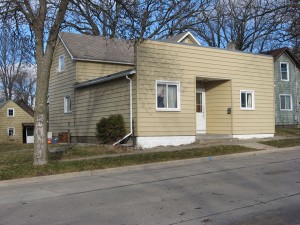 One of the city’s combination of a home and attached grocery store can be seen at 822 W. Clark St. This was once the location of the Clark Street Food Store owned by Clarence T. Olson. -- Ed Shannon/Albert Lea Tribune

Six decades ago many of the local grocery stores were combinations of family homes and businesses. The part of the structure facing the street and sidewalk was the store and the rest of the building was the owner’s home. As a result, the owner and his or her family could go from the residence to the business without going outside. In a way, this was like going from one part of the home to an addition containing the store.

However, back in 1950 there were already indications that changes were coming for food retailing.

For example, Stuart’s Self-Service Grocery, 224 E. College St., clearly indicated that the customer could move around the store to select their food items. The items were taken to the main counter (or check out) to be paid for or added to a charge account.

Another indication of a future change in grocery retailing was indicated with the name and location of one of the local stores. This was Borland Weeks Super Market at 710 Babcock Ave. The store was somewhat larger than the average neighborhood store and located away from the central business district. Incidentally, there were eight grocery stores in this part of the city at that time. Borland Weeks had selected a site next to the present Albert Lea Township Fire Department for its larger building with more parking spaces for customers. (The name of Babcock Avenue was changed to West Main Street in the early 1950s.)

None of the grocery stores listed in the 1950 city directory are now operating and their locations are now vacant, used for other business activities or are private residential units. 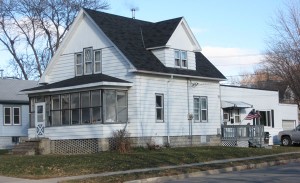 One of the very few homes in Albert Lea with two addresses is at the corner of Johnson Street and Minnesota Avenue. Back in 1950, 702 Minnesota Ave. was the address for Russell E. Esse. His store at the rear of the residence, Russell’s Home Grocery, had the address of 905 Johnson St. Numbers for both addresses can still be seen on this private residence. -- Ed Shannon/Albert Lea Tribune 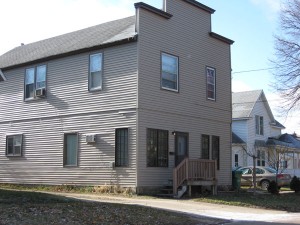