Memorial services for Larry Robert Olson, 61, of Albert Lea will be held at 1:30 p.m. Friday in the chapel at Grace Lutheran Church with military honors accorded by Freeborn County area veteran’s organizations. The Rev. Todd Walsh will officiate. Private interment will be at the Hillcrest Cemetery at a later date. Visitation will be one hour prior to the service at the church. To sign the guest book, go to www.bayviewfuneral.com. 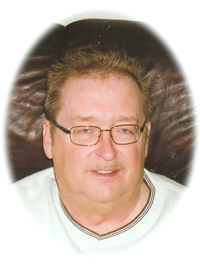 Larry Robert Olson was born on July 5, 1949, to Melvin and Aileen (Nelson) Olson at Naeve Hospital. He attended Northside Elementary School and Albert Lea High School. Larry graduated in 1967. He served in the U.S. Army as a meat inspector at Madelia. Larry was later discharged as a disabled veteran. He went to school at Anoka for health care. He also went to Austin Community College and received his LPN degree. Larry did volunteer work at the Albert Lea Family Y, AARP Tax Service, St. John’s Lutheran Home, and helped children read at a private school. He enjoyed talking with and helping people. He also enjoyed motorcycling and driving his little green Triumph convertible. In his younger years he played guitar and sang in several country bands.

Larry was preceded in death by his parents and grandparents.