Melodic music in the sanctuary during Advent 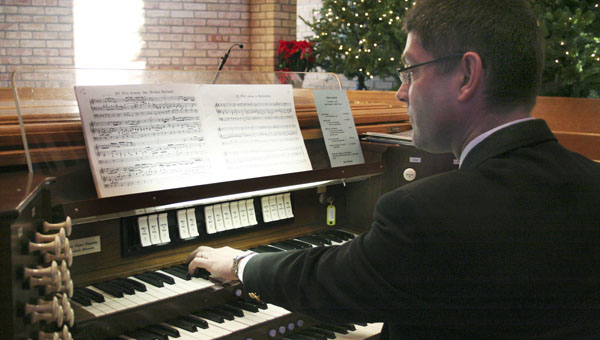 The holiday music of the 35-rank pipe organ reverberated off the walls, embracing the crowd at United Methodist Church of Albert Lea during the noon hour Tuesday.

It was the final Advent organ recital hosted by the church before Christmas, and the fingers of guest organist Robert Tewes of Grace Lutheran Church made the king of instruments sing.

“The music of the Christmas season is well-loved,” Tewes said. “The people who come to the recitals have a familiarity with this music.”

Advent is a time of spiritual preparation for Christians, leading up to Christmas. 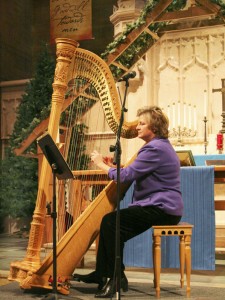 Advent concerts featuring Christmas music were held once a week in December at two Albert Lea churches, leading up to the holiday.

United Methodist Church hosted an organ recital each week, featuring Eileen Nelson Ness, Gayle Thurnau and Tewes, who are all members of the Southeastern Minnesota American Guild of Organists.

Brock Besse, minister of music and worship at First Lutheran, said the recitals are a nice way to allow local vocalists and musicians to share their Christmas talents. More importantly, however, the half-hour recitals were a time for people to bask in the sounds of the season.

“It’s nice to get away from the busyness of the day, baking, shopping, wrapping gifts, and just listen to some Christmas music,” Besse said.

Ness, who in addition to playing organ at the recitals is also the director of music at the United Methodist Church, agreed that it’s simply a nice way for people to get in the holiday spirit.

“People are familiar with the Christmas music but enjoy a lot of different arrangements,” she said.

“We have a beautiful instrument and those who play just make it sing,” said Methodist Ruth Vermedahl, talking about the church’s organ. “I just wish more people would attend.”

About 40 people attended Tuesday’s event, which Ness said was a good crowd. She said several of the same people attended the recitals each week, and some travel from Blue Earth and Austin. 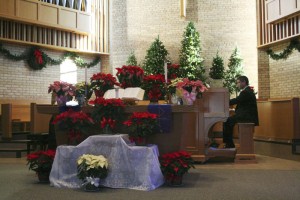 Ness was also proud that while Rochester also puts on Advent organ recitals, theirs only get about 20 people.

Eric Harms, who lost his sight as a child, came to United Methodist Church on Tuesday specifically to hear the pipe organ. He has always wanted to learn to play it and really enjoys the music it makes. He said the sound of a real pipe organ compared to an electric organ sounds so much better and realistic.

Plus, Christmas time is his favorite time of the year.

“This just helps me get cheered up and in the Christmas spirit that much more,” he said. 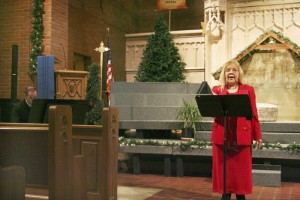 Gloria Fitzgerald, who attended all four Advent recitals in December at United Methodist Church, also attended because she enjoyed the organ music.

A global wave of Christianophobia