Memorial services for Steven N. Kirsch, of Albert Lea, will be held at 2 p.m. Friday at St. Theodore Catholic Church. The Rev. James Berning and Deacon Mike Ellis will officiate. Friends may call Thursday from 5 until 7 p.m. at Bonnerup Funeral Service, Albert Lea, and one hour prior to the service at the church. Interment will be in St. Theodore Catholic Cemetery. Military honors will be accorded by Albert Lea veteran’s organizations. 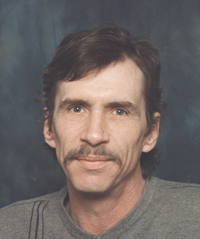 Steve fought a courageous battle with colon cancer and just this past summer was so proud to have been a part of the Relay for Life and was looking forward to participating next year. Sadly on Nov. 5, 2010, he was again diagnosed with cancer. This time an aggressive form of lung cancer. Steven died surrounded by his family on Tuesday, Dec. 7, 2010, at the VA Medical Center in Minneapolis.

He attended Albert Lea High School and then enlisted in the U.S. Army. He was injured while serving in the military. After a medical discharge he went on to get his accounting degree from Albert Lea Technical College. Steven enjoyed hunting for ginseng and arrowheads, playing cards with his friends and brothers, and collecting and shooting guns. His time with his daughters and grandchildren meant the most to him.

Steven was a very proud grandfather. Brycin and Braydin were the love of his life.

Steven was preceded in death by his father, Thomas Kirsch, in 1990; grandparents: Joseph (Anna) Kirsch, Samuel (Agnes) Nelson; his niece, Erika Kirsch; and great-nephews: Kenden and Hayden Kirsch as well as many aunts, uncles and cousins.

This day we lost our dear father, grandfather, son and brother. Steven will be sadly missed by all who knew and loved him. Blessed be his memory.