Funeral services for Mary Christina Steinhauer of Albert Lea will be held at 10:30 a.m. Thursday at the United Lutheran Church in Walters. The Rev. Don Rose will officiate. Visitation will be held from 4 to 7 p.m. at Bonnerup Funeral Service and one hour prior to the service at the church. Interment will be in the Rice Lake Cemetery, rural Walters. 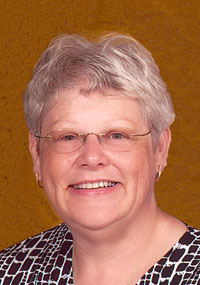 Mary was born April 25, 1950, in Lewistown, Pa., the daughter of George and Enid (Detwiler) Henry. She was a graduate of Kishacoquillas High School in Reedsville, Pa., and the Chambersburg Area Practical Nursing Program in Chambersburg, Pa.

On June 4, 1992, she was united in marriage to Marvin W. Steinhauer. Mary was a member of the United Lutheran Church in Walters, the Albert Lea Elks Club and the Eagles Auxiliary. She was also a member of the Statewide Association of Activity Professionals.

Mary received the Viola Cook Award for Outstanding Achievement in Geriatric Nursing and was a nominee for the 2008 Mae Berry Award with the Albert Lea Medical Center.

Mary was preceded in death by her parents and one sister, Elizabeth Aumiller.