Minn. Chamber advocates for all business

For the casual reader of the Albert Lea Tribune editorial (“Who does Olson really represent?” Feb. 2), the Minnesota Chamber of Commerce is the No. 1 enemy of Albert Lea. 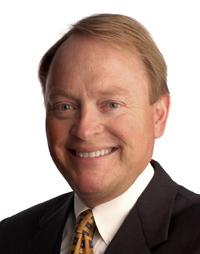 I understand that emotions can get in the way of the facts when dealing with sensitive issues. In that regard, I respectfully disagree with the Tribune’s assertion that the Minnesota Chamber is “out of touch with Greater Minnesota.”

Make no mistake, Gov. Mark Dayton and the Legislature face a tremendous task in balancing the state’s general fund when spending requests outstrip expected resources by $6.2 billion. That’s why the Minnesota Chamber believes all spending must be on the table — including aids to local government.

To be honest, I’m still scratching my head over the editorial’s claim that the threat of reduced government aid has anything to do with the devastating loss of 500 jobs when Farmland Foods burned in 2001. As the editorial notes, “People at the plant waited too long to call the fire department and tried to put the fire out themselves.”

That aside, readers deserve the facts on the Minnesota Chamber’s advocacy. We represent 2,400 businesses — approximately 40 percent of them in Greater Minnesota. More than 75 percent of our members represent companies with 100 or fewer employees. Our 51-member Board of Directors, representing all types and sizes of businesses across the state, formulates our policies.

The characterization of the Minnesota Chamber as “a stubborn opponent of anything that crosses its desk” is grossly off the mark. The comment is particularly surprising, given our initiatives to ensure reliable and competitively priced electricity for businesses and households across the state.

In fact, the Minnesota Chamber has intervened at the Public Utilities Commission to cut the 20-plus percent electricity rate hike proposed by Alliant Energy — representing all commercial and industrial customers in the service area. We have received financial support from 14 customers, including the city of Albert Lea. The Albert Lea-Freeborn County Chamber of Commerce, under Executive Director Randy Kehr and his board, endorsed the initiative. The city of Albert Lea also joined the petition without hesitation. Quoting City Council member Ellen Kehr, “I think it’s critical we intervene. … For the city of Albert Lea, this is a tremendous amount of money.”

Contrary to the Tribune editorial, the Minnesota Chamber advocates for restructuring — not eliminating — local government aid. We’ve listened to our members and are sensitive to the impact of LGA on local budgets. Our revised policy seeks to restructure aid programs so they help local governments find ways to collaborate and increase efficiencies, thus easing a transition to reduced state aid. We also will work with local governments to eliminate state mandates that drive up their operating costs while tying their hands for delivering services. We are open to considering alternative, accountable local government revenue sources.

LGA is destined to undergo dramatic change; that’s reality. Witness the fact that many local governments are adopting budgets with reduced or no state aid. They recognize that state government no longer can be relied upon as a stable partner. Changing demographics are the primary driving force. A graying population translates into more Minnesotans demanding state services and a shrinking base of working taxpayers to pay for the programs.

Albert Lea can have any kind of fire department it wants. But LGA is not intended to guarantee all Minnesotans the same level of public services at an equalized tax rate. That’s impractical and shortsighted given each city’s distinct circumstances. Instead, LGA should assure adequate services at reasonable tax prices for all Minnesotans.

This newspaper accuses us of driving around the state but not listening. Come again? Feedback from our members is the exact reason we changed our policy on LGA. We continue to engage all Minnesotans in the task of prioritizing the $32 billion in general fund money that we know we have for the next biennium. We encourage the Tribune to stop clinging to the past and become a constructive partner in this debate.

David C. Olson is president of the Minnesota Chamber of Commerce.

Sarah Stultz: Proud to be your community newspaper

Ask a Trooper: Suggestions for parents of new teen drivers