U.S. needs leaders who will fight for jobs

In the wake of 2008’s financial trauma, President Obama and Congress acted like good paramedics, moving quickly to enact stimulus measures that stabilized our economy and kept our financial heart beating. However, we have failed to adopt the policies necessary to cure our chronic and debilitating condition: persistent high unemployment. 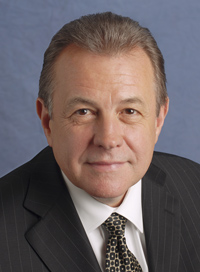 A full year after the economic recovery officially ended, American workers continue to lose their jobs at an alarming rate. Exports are falling, imports are surging. While the U.S. economy is still on a ventilator, other countries are busy getting back to work. If we fail to reverse these trends, America’s economic superpower status will evaporate overnight.

To pull America out of its economic slump, we must invest aggressively in next-generation transportation such as high-speed rail, encourage small business job creation, strengthen public education and make college more affordable. We should eliminate tax breaks that encourage outsourcing, renegotiate trade agreements to protect workers’ rights, rebuild our waning manufacturing base, stop China’s unfair currency manipulation and much more.

Many of these policies will cost money. Naysayers will decry the size of the federal deficit. But when the patient is bleeding on the table you don’t haggle over the hospital bill. Reducing the deficit will be much easier once our economy is back up and running. But the cost of doing nothing to save the economy now will be severe for workers today and disastrous for our children tomorrow.

Many of our most important industries are now locked in a life-or-death struggle against foreign competitors that refuse to play by the rules of fair trade. For instance, in the aerospace industry, American manufacturers compete against foreign companies like Europe’s Airbus. These companies receive billions in illegal subsidies. Earlier this year, the World Trade Organization ruled that Airbus has used illegal “launch aid” subsidies valued at $178 billion to steal tens of thousands of U.S. jobs.

In the face of this strong rebuke, Airbus shows no signs of slowing down, accepting billions more in new subsidies for its A350 jetliner, which will compete directly with Boeing’s new 787.

Worse yet, the U.S. government is tacitly condoning Airbus’s illegal subsidy program by allowing the company to compete for the Air Force’s $35 billion tanker contract with an aircraft that was funded with $5 billion in illegal launch aid.

If Airbus unfairly wins the contract, it will outsource 50,000 American jobs, including hundreds of jobs in Minnesota. To put the icing on the cake, European countries have blocked American companies from competing for some of their most lucrative defense contracts.

We cannot expect American manufacturers to win the rigged game that passes for competition in today’s global market. President Obama, not the Pentagon, sets government policy. He can show leadership by putting forth a comprehensive plan to create jobs that would spell out the obvious solution to problems like these: the Pentagon’s contract rules should eliminate the effect of Airbus’s illegal subsidies from the tanker contract, and the U.S. should demand that European countries open their defense markets. As it now stands, the Pentagon is contradicting the U.S. Trade Representative — to the detriment of American working families.

The new Congress also needs to do its part. While many members of Congress have proposed measures to create jobs and to jump-start small businesses, others have campaigned on a platform of “no,” opposing the stimulus — which created and saved 3.5 million jobs — and other policies that saved us from the brink of disaster. Instead, they promised the same failed policies that destroyed jobs, exploded the deficit and allowed Wall Street to run wild. But much like giving a flu patient a shot of brandy, their medicine is hardly a cure for what ails the American economy.

Now that the American people have spoken and the politicking is over, it’s time for responsible leaders to offer concrete economic proposals to create jobs and to jump-start our economy. We don’t need charlatans who do little more than exploit anger to improve their own political fortunes. We need leaders who will fight for jobs and take a stand against unfair foreign aerospace subsidies.

Richard Michalski is general vice president of the International Association of Machinists and Aerospace Workers.