A rural reminder of the Hotel Albert 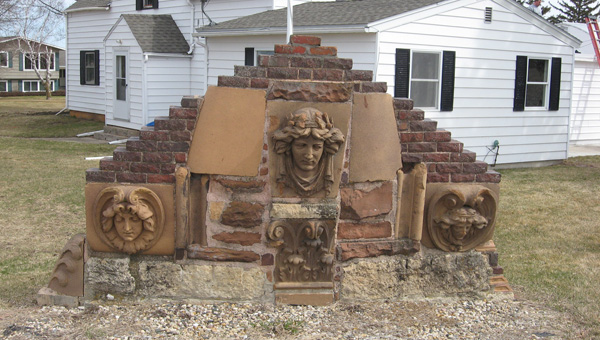 At the present time a reminder of the city’s former Hotel Albert can be seen near the Greg Matson home on County Road 26 (810th Avenue) two miles north of Hayward. -- Ed Shannon/Albert Lea Tribune

HAYWARD — For nearly four decades a triangular creation of brick and stone near a home two miles north of Hayward has served as a roadside reminiscence of what was once the region’s leading hotel. 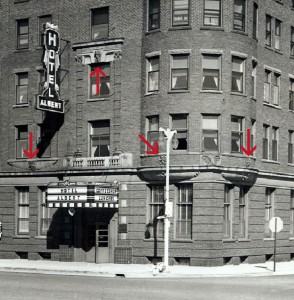 The arrows on this photo of the Hotel Albert indicate the stones that were salvaged when this building was demolished in 1971. -- Photo courtesy Freeborn County Historical Museum

These bricks and stones ended up near the corner of 810th Avenue (County Road 26 and 224th Street because several members of the Matson family wanted to preserve a part of the Hotel Albert. In 1971 the Matson Crane Service had the assignment to demolish the large hotel building at the corner of South Broadway Avenue and East College Street.

At that time the decision was made to salvage the decorated stone work and move the items to what’s still considered to be the home place of the Matson family north of Hayward.

These stones with facial features were reportedly imported from Italy and used to decorate the hotel’s exterior when it was built in 1899.

The Hotel Albert opened in 1900. Additions were made in 1913, 1917 and 1924. As a result, this hotel eventually had a total of 225 rooms, extended from South Broadway to Newton Avenue. It included the Jefferson Cafe, Spanish Dining Room and Coffee Shop, Colonel Lounge and even served as the city’s bus depot. 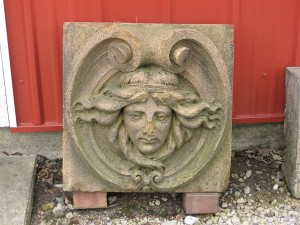 This is one of the two large stones etched with facial features which was salvaged by the Matson Crane Service from the former Hotel Albert and donated to the Freeborn County Historical Museum. -- Ed Shannon/Albert Lea Tribune

During World War II a portion of the hotel served as the living quarters for Naval Air Force pre-flight cadets based at the Albert Lea Airport. From 1966 to 1970 the entire hotel became a dormitory for Lea College students.

Besides the material used for the present memento structure at what was then the home of Roy and Lola Matson north of Hayward, two more of the stones with facial features were donated to the Freeborn County Historical Museum.

At the present time, US Bank and its drive-through and parking lot facilities occupies the site of the former Hotel Albert.