A famous former Albert Lean, Sherman “Sherm” Booen of Richfield, died on Monday at the age of 97. His death serves as a reminder of his connections with local history seven decades ago. 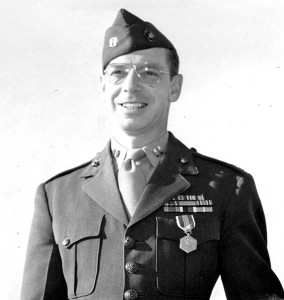 His was the first voice heard on radio station KATE when it started broadcasting on Oct. 27, 1937. However, it was his public service during the Armistice Day Blizzard that started on Nov. 11, 1940, that became his greatest contribution to local life.

At that time he was the radio station’s announcer-engineer and started to broadcast public service announcements. The station was supposed to sign off at sundown. He kept the station on the air and continued to broadcast personal messages so stranded people in the area could reassure their friends and families they were safe. Before long the roads and railroads became blocked by deep snowdrifts and utility poles and telephone and telegraph lines outside the city came down. Albert Lea was soon isolated from the rest of the nation — except for KATE radio.

His communications activities also continued with his amateur radio station. For several days this short-wave station at his home, W9RHT, was on the air with operators in other localities to help provide the railroad companies, power firms, police, and families with essential communication services.

Booen was one of the major contributors to the 1985 book, “All Hell Broke Loose,” by William A. Hull of Edina that’s based on the Armistice Day Blizzard.

His other interest was aviation. After graduating from Albert Lea High School in 1931, Booen took initial pilot training at the local airport.

During World War II Booen served as a technical representative with the U.S. Army Air Corps in Europe. He became an officer in the Marine Corps Reserve in 1946 and served on active duty in Asia during the Korean War.

Booen, who retired from the Marine Corps Reserve with the rank of colonel in 1974, was one of 24 contributors to the 2007 book “Marine Wings.”

After World War II, Booen continued his announcing career with radio station WDGY in the Twin Cities and later with WCCO-TV. His television program, “World of Aviation” was on WCCO-TV for 28 years. He was also the founder (in 1960) and editor/publisher of the “Minnesota Flyer” magazine. Booen has also been elected to both the Minnesota Aviation Hall of Fame and the Minnesota Broadcasting Hall of Fame.