For many years the nearby city of Austin was the location for the annual Miss Minnesota Pageant. However, what may get overlooked in the history of this pageant is the fact that 55 years ago Albert Lea became what the Tribune called the state’s “beauty capital” for a few days. 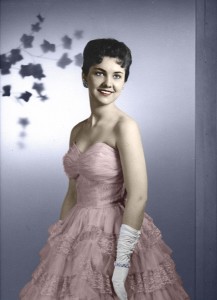 Albert Lea’s first Miss Minnesota Pageant took place on May 18 and 19, 1956, under the sponsorship of the local Junior Chamber of Commerce (the Jaycees). Headquarters for this event was the Hotel Albert. Pageant events were held at the Albert Lea High School auditorium. That’s where the evening dress, swimsuit, talent and selection of the new 1956 Miss Minnesota took place.

Dr. Mervin Aus was the general chairman of this event. Bob Quackenbush served as the entries chairman and Dr. Niles Shoff handled the parade.

Miss Albert Lea for 1956, University of Minnesota freshman Patti Hendrickson, was one of the 26 participants in this event. The other 25 contenders for the title of Miss Minnesota came from various communities around the state.

On Saturday afternoon, May 19, a parade was held as part of this pageant. Marlyse Reed of Fairmont, Miss Minnesota of 1955, and Margaret Maxwell of Albert Lea, winner of the runner-up title at the 1955 pageant were involved in the parade and other activities during the two days.

This parade consisted of 70 units, including floats, bands and 26 convertibles for the candidates to be crowned the new Miss Minnesota. The parade route was from the fairgrounds, south on Bridge Avenue to Clark Street and on to Broadway Avenue. At this point the parade went south on Broadway to Main Street then west to Morin Park. 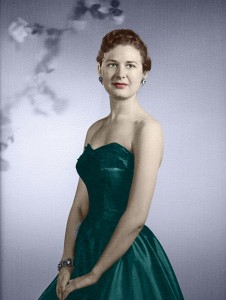 Patricia (Patti) Hendrickson was Miss Albert Lea in 1956 and was the runner-up in the state pageant held in the city that year. She later married the late Charles Krueger and now lives in Albert Lea. -- Photo courtesy Freeborn County Historical Museum

The first ever event of its type in Albert Lea resulted in Marie Miller, 19, of Cannon Falls being crowned as the new Miss Minnesota for 1956. She was a sophomore at Winona State Teachers College and came to the pageant as Miss Winona.

Miss Albert Lea, Patti Hendrickson, won two honors. She was declared to be the runner-up, plus given a trophy for being voted as Miss Congeniality by the other candidates.

The success the Albert Lea Jaycees had with the 1956 Miss Minnesota Pageant may have inspired the members to also sponsor and again conduct another ceremony and parade. This event took place on May 11 and 12, 1957. Again, headquarters was at the Hotel Albert, a parade took place despite chilly weather, and the pageant programs were held at the high school auditorium.

That year there were 32 contenders for the top honor of being crowned the new Miss Minnesota. The reigning Miss Minnesota, Marie Miller of Winona, returned to Albert Lea to be an important part of the programs. Serving as official hostess was the 1956 runner-up winner, Patti Hendrickson of Albert Lea. Representing the city was the new Miss Albert Lea, Jo Ann Register.

Adding a special touch to the 1957 pageant was the arrival in Albert Lea of Miss America, Marian McKnight of Manning, S.C.

There may have been a local feeling that the two successful Miss Minnesota Pageants could be repeated in 1958. However, the organization involved with this statewide event had a newer concept. The year of 1958 just happened to be Minnesota’s centennial of statehood. Thus, the decision was made to combine the two events and create what became the crowning of Miss Centennial Minnesota at a special pageant held in St. Paul on Feb. 1 and 2, 1958. Crowned as the new Miss Centennial Minnesota was Diane Albers of Northfield.