“Everything is nearly copacetic. I’ve reached the age where my clothing is either creeping up on me or falling down. The bank is giving me my free calendar one month at a time. I’m looking at new cars. I want to be ready in case I win the lottery. I’d like to drive a fast car. One that not only is fast but also looks fast. That way, I could drive slowly without anyone poking fun at me. I could put on the left turn signal the night before so I’d be ready to go in the morning. My nephew Cadillac — his parents named him that because that’s what they’d be driving if they hadn’t had him — was looking for some part-time work, so he applied at McDonald’s. Cadillac earned three letters in college — he sat on a branding iron. I put his resume on the floor and the dog rolled on it, but after looking over his application, the manager hired him. Cadillac got a job as a Quarter Pounder.”

“Yes. I guess the restaurant gets a lot of bent coins. Cadillac’s job is to straighten out the quarters with a hammer. That makes him a Quarter Pounder.”

I watched a rabbit eat a dandelion. I watched a groundhog eat many dandelions. I’ve eaten dandelions through the years. Not bad. The dandelion is rich in vitamins, A, B complex, C, D and iron, potassium and zinc. I’ve enjoyed the free vegetable by eating newly emerged leaves in salads and on sandwiches. The plant is named for its lance-shaped leaves. Dents-de-lion means “the lion’s tooth” in Old French. The Rolling Stones sang, “Dandelion don’t tell no lies. Dandelions will make you wise. Tell me if she laughs or cries. Blow away dandelion, blow away dandelion.” Children and newspaper columnists from Hartland have always been fascinated with dandelions. A legend says that if you blow on the downy seed head of a dandelion and all the seeds blow away, your wish will come true. Another superstition says that the number of puffs it takes to blow all the seeds off the fluffy head of the dandelion indicates the time of the day.

Pinning down a bird

I spoke at and led birding tours at the Festival of Birds in Detroit Lakes. One of those in my group had many pins on her hat. The pins were from various birding spots around the world. I asked her if collecting the pins was her hobby. She said that it wasn’t. She added that she gathered them to help her remember where she had been.

I birded a prairie near Detroit Lakes. It was used as a cow pasture. The little bluestem stood taller than the other grasses. It’s nutritious, but the cows don’t like it as well as they do some of the other yummy vegetation. Trees are a problem on a prairie. One study showed that a single tree on a prairie reduces the nesting success of birds by 50 percent over 274 acres. This is mainly due to predation as the tree provides habitat for skunks, raccoons and foxes, as well as perches for hawks, owls and crows.

“Can I use the same nectar to feed orioles as I do the hummingbirds?” Yes. It’s easy to make. Mix one part sugar to four parts water. Stir until the sugar is dissolved. Don’t add food coloring, honey or sugar substitutes. 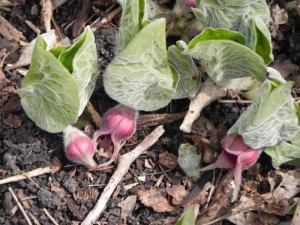 “Why are warblers called warblers?” Most likely because they vaguely reminded Europeans of the tiny birds they called “warblers,” the Old World Warblers to which our gnatcatchers are related.

“Why do geese fly in a V-shaped formation?” A bird gains lift from the air-currents produced by the bird in front of it. A drafting effect like that used by a cyclist in a bicycle race. Flying in a V-formation helps coordinate movement of the flock by allowing one goose to maintain visual contact with the rest of the flock and to avoid collisions.

“Why are some birds found so far out of their normal range?” Range is dynamic. Some species wander more than others. Migrating birds could be blown off course by storm winds or grounded by fog or rain. Some juveniles disperse northward in a post-breeding season or vagrant wandering. Occasionally birds migrate in an opposite direction than expected. This might be because their internal navigational system is malfunctioning.

A barn swallow could eat as many as 60 flying insects per hour. The swooping of a barn swallow gives the impression that the bird is flying at higher speeds than it really is.

There are 887 bird species in Costa Rica, a country about one-fourth the size of Minnesota.

John James Audubon saw only one chestnut-sided warbler in his lifetime.

The ovenbird builds a nest that looks like a tiny domed oven on the ground.

In 1974, the world’s entire population of Kirtland’s warblers (approximately 500) could fit into a grocery bag.

“When you paint success pictures in your mind, you initiate an inner process whereby your attitudes, hopes, aspirations, and enthusiasm are elevated in response to an image of a more promising future. Every person who aspires must first sell themselves hope, the promise of a better life.” — U.S. Andersen

“Nature is painting for us, day after day, pictures of infinite beauty.” — John Ruskin