Christine K. Jahnke is the author of the newly published book, “The Well-Spoken Woman,” and an Albert Lea High School graduate who has become a top national speech coach.

A comment on the book’s back cover says she is “… is the president and founder of Positive Communications … and has provided speech coaching and media training to leaders in business, the nonprofit community, government, and politics since 1991. Jahnke has advised First Lady Michelle Obama and (former First Lady) Hillary Clinton’s presidential campaign and has worked with woman CEOs at companies as diverse as the National Geographic Channel and the International Speedway Corporation, parent of NASCAR.”

The author is the daughter of Wayne and Sharon Jahnke and a 1981 graduate of Albert Lea High School. She graduated from Winona State University in 1985 and spent the next two years as a weather reporter for KTTC-TV in Rochester. And at the present time Jahnke is completing her studies for a master’s degree from Georgetown University of Washington, D.C. 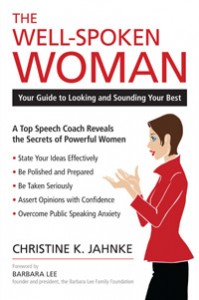 After leaving the Rochester television station, Jahnke worked for the Michael Dukakis presidential campaign before moving to the nation’s capital city where she now resides with her husband, Paul Hagen.

The main focus of this new book is on its 10 main chapters, each based on a woman who has made major contributions to American life. Each woman has outstanding talents that can be used to both help and inspire other women. Those women are: the late Ann Richards, colorful former governor of Texas; Indra Nooyi, CEO of PepsiCo; the late Barbara Jordan, former congresswoman; Pat Summitt, women’s basketball coach at the University of Tennessee; Melinda Gates of the Bill and Melinda Gates Foundation; Elizabeth Dole, former head of the American Red Cross and U.S. Senator; author Maya Angelou; television financial advisor Suze Orman; Madeline Albright, former secretary of state; and Hillary Clinton, present secretary of state.

These role models help to emphasize Jahnke’s concept that women should look and sound their best when speaking. 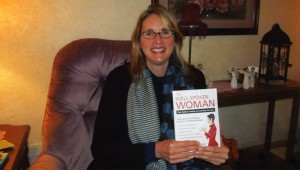 This book has already received several positive reviews by prominent women in various aspects of American life. And one of those women is Stephanie Schriock, president of EMILY’s List.

The book is certainly intended for women. However, the former Albert Lea resident clearly states it has suggestions and information that can help men as well.

“The Well-Spoken Woman” is the type of book that could also easily be used as a textbook for college and even high school speech classes.