Birding adventure to be made into movie

“True enough. He’s always going on about the good old days and how cheap things were in those times. He told me, ‘Why, when I was a boy, Ma could send me to the store and I’d get a ham, a gallon of milk, a dozen oranges, a couple of loaves of bread, a newspaper, and a pair of socks all for less than a dollar.’”

“You can’t do that today,” I interject. 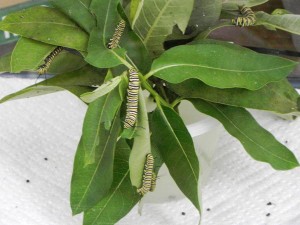 “That’s what Cavanaugh said. They have those security cameras everywhere he shops now.”

A float and a flight

It was a pretty day. The landscape had just begun to show signs of fading to a brown. I was on the Pelican Breeze, a lovely boat that tours Albert Lea Lake. I was hosting a group of cancer survivors. I had brought two cliff swallows that I had retrieved from the Wildlife Rehabilitation Center. Anita Hendrickson, of Albert Lea, had raised lots of money during the Relay For Life, and she was chosen to release the swallows. Anita opened the cage. The cliff swallows took flight without hesitation. They knew that each moment is precious. So did all the people on that boat.

I birded with a friend from Ohio named Greg Miller. Miller is a good guy who was featured in a book that came out in 2004 titled “The Big Year” by Mark Obmascik that chronicled the efforts of three birders to set a record for the most bird species seen in North America in a calendar year. There will be a movie by the same name out shortly that was inspired by the book. Owen Wilson, Steve Martin and Jack Black star in the film produced by Ben Stiller. Black plays Miller in the movie. The real Big Year took place in 1998. A Big Year portrays competitive birding in either the best or the worst way, depending upon viewpoint. Miller had no GPS, no cell phone and not enough money. The other two aspirants were wealthy. Miller was not. He maxed out five credit cards and borrowed money during his effort. The Big Year record was 721, set in 1987. In early September, Miller hit 700 species. Birds become harder to find as the numbers rise. Miller feels that 500 is halfway to 600 and that 600 is halfway to 700.

A long day of shooting produced about two minutes of film. There were 55 days of shooting. Miller was a birding consultant on the movie. There was a message on his answering machine asking if he’d like the job. He listened to the message four times before calling back. The position meant that Miller taught actors how to use binoculars. The basics include finding a bird with the eyes and then bringing the binoculars to the eyes. He took Jack Black birding. Black looked at a red-winged blackbird through binoculars and asked, “Where is the red?” As if on cue, the male bird spread his wings. Black said, “Oh.”

Miller made a cameo in the movie. He wore a bright red Ohio State cap.

Miller birded in such remote places as Attu, located 1,500 miles west of Anchorage and 500 miles east of Russia. He spent two weeks in a leaky bunker as 70 mph winds blew from Siberia. He saw incredible birds while being voted “least prepared” of those visiting Attu. He had purchased an extra-large rain suit that turned out to be a small. It rained or snowed every day.

Mary Guggisberg, of Freeborn, spotted a hummingbird that was immobile for hours. Sometimes on a cold day, hummingbirds go into a sleep-like state known as torpor. A bird’s body temperature drops and its heart rate slows to conserve energy.

Curt Rietveld, of Clarks Grove, asked when hummingbirds migrate and how fast they fly. Ruby-throated hummingbirds migrate by day, except when crossing the Gulf of Mexico, when a bird must keep going until it reaches the other side. A hummingbird averages 25 to 30 miles per hour and travels 20 to 25 miles a day.

Greg Beamer, of Albert Lea, asked this about hummingbirds, “I know they are territorial, but I wonder if they are sparring or courting. Bird books I have looked at say the only hummers in the eastern U.S. are rubies, but I see no red on them. Do they lose their color in the fall?” They fight over nectar sources in the fall. Ruby-throated hummingbirds are sexually dimorphic — adult males and adult females differ in appearance. The adult male has a metallic ruby-red throat. Young males resemble females until their first winter when they attain adult male plumage. Ruby-throated hummingbirds have metallic green backs. In general, adult males appear darker than females and young males. Colors vary with light intensity and angle. In poor light, a hummingbird looks almost black rather than green. The adult males migrate first.

“I would like to paint the way a bird sings.” — Claude Monet

“By being yourself, you put something wonderful in the world that was not there before.” — Edwin Elliot