Fire in the car! 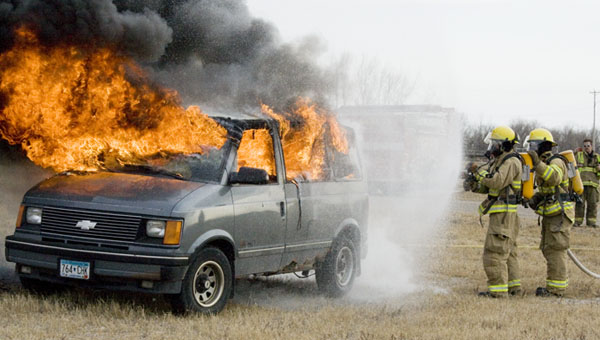 Albert Lea firefighters begin to extinguish a fire started in an Astro van Friday at the Blazing Star Landing. The van and another car were intentionally lit to give the two firefighters a training session in extinguishing car fires. -- Sarah Stultz/Albert Lea Tribune

During a training session set up at the Blazing Star Landing, the firefighters extinguished two vehicles that had been lit on fire.

Though it took longer for the automobiles to actually start burning and then progress into a major fire, the flames were doused in just a matter of a few minutes.

The vehicles will be examined later for arson investigation training.