Funeral services for Jean Cox, 70, of Sun City West, Ariz., will be held at 11 a.m. Wednesday at Our Savior’s Lutheran Church. The Rev. James Kassera will officiate. Interment will be at Center Evangelical Lutheran Cemetery. Visitation will be from 5 to 7 p.m. Tuesday at Bayview/Freeborn Funeral Home and one hour prior to the service at the church. To sign the guest book, go to www.bayviewfuneral.com. 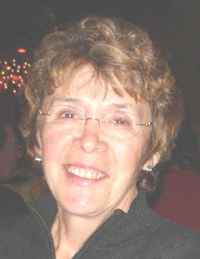 Jean died Tuesday, March 13, 2012, in Arizona after a courageous battle with cancer.

Jean was born July 25, 1941, at her home in Bricelyn. She graduated from Bricelyn High School in 1959. On Sept. 3, 1960, Jean married Clifford Cox in Casper, Wyo.. They lived in Casper for 10 years before heading back to the Midwest. Jean and Cliff lived most of their married life in Albert Lea where they raised four children: Ron, Arlene, Audra and Janel. Jean was a dedicated homemaker for many years before taking on the job of head cook at Lakeview Elementary School. Jean and her husband were members of Our Savior’s Lutheran Church in Albert Lea. The couple retired in Sun City West, Ariz., eight years ago. Jean and Cliff treasured their retirement years together. They took their passion for square dancing from Minnesota to the dance halls of Arizona. During their golden years in Sun City West, they achieved the blessed event most couples would be very proud of, 50 years of loving marriage. Jean was blessed with many artistic talents. She loved to paint beautiful pictures, which were displayed in her home and given as gifts to loved ones. Jean learned the art of playing the accordion, where as a young woman she was even featured on a local television show. Jean also enjoyed dancing, in particular, country line dancing. In addition to her passion for the arts, Jean enjoyed league bowling both in Minnesota and Arizona. Although she battled her cancer for the past six years, she persevered in life. Jean continued to bowl and dance every week, despite the physical toll of her illness.

God saw she was getting tired, a cure was not to be,

So he put his arms around her and whispered “Come with me.”

We will always remember you, Jean; a wonderful wife, a dear mother, a special grandma and friend to many!

Jean was preceded in death by her husband, Clifford Cox; parents, Orville and Marie Ulstad; and sister, Maryanne Ertman.