Who is buying our elections?

Welcome to a new era of exponentially more unlimited and undisclosed campaign spending. This is the first presidential election since game-changing rulings by the Supreme Court in Citizens United v. Federal Election Commission and a federal district court in SpeechNow.org v. FEC paved the way for a small group of elites to spend unprecedented sums — with little or no transparency — to influence voters. Since then, outside groups often called “super PACs” have proliferated, stimulating new ways for big donors to influence elections — often in secret. 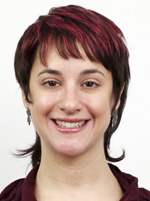 Super PACs have already wielded enough power of the purse to change the typical course of the Republican presidential primary season. Their spending power is prolonging the campaigns of candidates whose own coffers are depleted. In effect, they are shadow campaigns. And, only several weeks into the election year, presidential super PACs have spent to the tune of more than $52 million (as of Feb. 21) to support or oppose presidential candidates.

While we know what super PACs spend on in near real time via the FEC’s website, we have to wait to learn who is giving them money because of disclosure filing rules. And, even then we don’t get the whole picture. That meant that voters in the Iowa Caucuses and three early primaries had to wait until after they cast their votes to find out who was trying to influence them — even though the technology exists to disclose within 24 hours.

More alarmingly, we are also witnessing a proliferation of completely undisclosed ‘dark money’ in the presidential race. Well-heeled donors can conceal their identities by giving to social welfare groups (known as 501(c)(4)s for their tax-exempt status) that do not have to disclose who funds them. So, even though we eventually learn who gives to super PACs, sometimes those donors are actually one of these 501(c)(4) groups, which funnel money from people who want to remain anonymous. Consider it a super PAC shell game where democracy is the biggest loser.

Many super PACs have affiliated 501(c)(4) groups, like the Karl Rove-founded super PAC American Crossroads, which spun off a 501(c)(4) named Crossroads GPS (that subsequently saw its fundraising spike). On the other side of the aisle, the pro-Obama super PAC Priorities USA Action has a sister 501(c)(4) organization, Priorities USA. Who says there’s no bipartisanship in Washington?

Moreover, the law allows 501(c)(4)s to make direct election expenditures, and some have during the presidential race. That means they can spend money to influence races without ever revealing the sources of their funding.

All of this allows innocuously named groups to shelter the names of powerful individuals and corporations. During the 2010 mid-term election (the first after Citizens United) $126 million of the $455 million spent by outside groups came from these ‘dark money’ groups.

To address this problem, Congress should take immediate action and pass the DISCLOSE Act, recently introduced in the House. This bill is an update to a previous version introduced two years ago in the last Congress, and goes straight to the problem: the lack of transparency for unlimited, secret super PAC money and the influence it has on our elections and our elected officials. This simplified bill, stripped of controversial non-transparency provisions the previous version contained, is a good solution to the “dark money” problem. The DISCLOSE 2012 Act will require:

• Public reporting by corporations, unions, Super PACs and other outside groups to the FEC within 24 hours of making a campaign expenditure or transferring funds to other groups for campaign-related activity (of $10,000 or more).

• Corporations and other outside groups to stand by their campaign ads — with their leader and top financial contributors disclosed in the ads.

• Corporations and other outside groups to disclose campaign-related spending to shareholders and organization members.

• Lobbyists to disclose campaign-related expenditures in conjunction with their lobbying activities.

Disclosure remains a crucial antiseptic to the corrupting influence of money in politics. The Supreme Court believes that disclosure is the cure to these ills, and even prescribed online transparency as the antidote to address any concern about the new landscape of campaign finance it created.

The disclosure regime the Supreme Court references does not yet exist, but it can, if Congress passes the DISCLOSE Act now. If political money is “speech” as the Supremes argue, shouldn’t we be able to know the identity of the person who is speaking to us?

Gabriela Schneider is the communications director for The Sunlight Foundation in Washington, D.C.