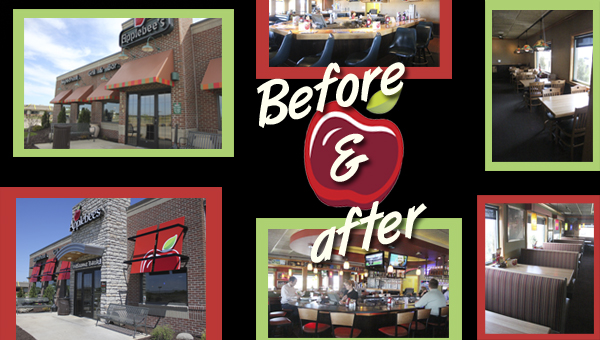 A restaurant closed for three days earlier this week and underwent a complete transformation.

“We closed for two days straight so we could get that big wow effect,” manager Nathan Nicholson said.

His favorite part of the transformation is the bar area. A large wooden storage unit above the bar has been eliminated, and Nicholson really thinks it opens up the place and makes it look bigger.

Also new is seating on one side of the bar with tables that have tall chairs on one side and booth seating on the other. Nicholson also said they more than doubled the number of TVs, going from seven to 15.

Instead of artifacts, local history and art hanging on the walls, Nicholson said they wanted to get lots of local photos to make the place really feel like a neighborhood bar and grill.

“We have a mural of Albert Lea that was created for us,” Nicholson said.

Other murals include a wall with the words “Our Teams,” which features local athletes. On the other side of the restaurant is a large mural featuring professional sports from the state like the Minnesota Vikings and Twins.

But all those old photos and artifacts were not thrown away, Nicholson said they gave everything they had borrowed back to Albert Lea Area Schools, local fire departments and the Freeborn County Historical Museum.

“We hope it draws people in so it doesn’t feel like a corporate store,” Nicholson said.

The change was fully cosmetic, and there was no change in the menu. The restaurant is open from 11 a.m. to 1 a.m. daily.

Nicholson said Austin’s Applebee’s would be undergoing a similar change in the next few weeks.