Le Roy M. Larson, 78, of Kiester, died Sunday, April 22, 2012, at his home. Funeral services will be at 10:30 a.m. Thursday at Our Savior’s Lutheran Church in Kiester. Visitation will be from 4 to 7 p.m. Wednesday at Bruss-Heitner Funeral Home in Wells and will continue one hour prior to the service at the church on Thursday. The Rev. Katie Pals will officiate, and burial will take place in Our Savior’s Lutheran Cemetery in Kiester. Bruss-Heitner Funeral Home in Wells is assisting the family with arrangements. 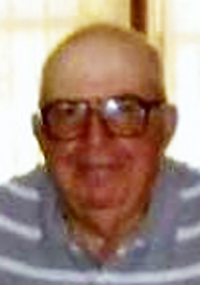 Le Roy Marvin Larson was born June 19, 1933, the son of Melvin and Pauline (Obermeyer) Larson in Albert Lea. Le Roy graduated from Kiester High School in 1952. On Feb. 7, 1960, he was united in marriage to Joyce Mershon in Wells. Le Roy took over the family farm until he sold it in 1986. He worked at Wedge Nursery from 1986 to 2001 and then became a self-employed landscaper until last year. Le Roy maintained 250 urns and pruned and landscaped many yards for local Kiester residents. Since 1977 he was a member and director of the Faribault County Fair Board. He also served as trustee for the Kiester Historical Society. He enjoyed watching the Timberwolves and Twins play ball. He was a member of Our Savior’s Lutheran Church and had served on the council.