Wayne was born on June 14, 1930, in Albert Lea to Arthur and Amalia (Schuhmacher) Wahlers. He grew up near Myrtle. On April 8, 1951, Wayne married Arcley Lau at Glenville First Lutheran Church. 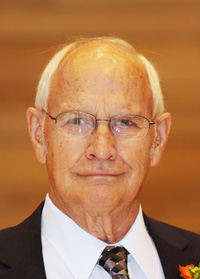 Wayne served in the United States Marine Corp from December 1951 to December 1953. Upon returning from the service, he and Arcley moved to Austin where he worked for the Austin Grain Co. and Double K Specialty.

Funeral services will be at 11 a.m. Thursday at Our Savior’s Lutheran Church with the Rev. Glenn Monson officiating. Interment will be at Greenwood Cemetery, Glenville. Visitation will be at Clasen-Jordan Mortuary from 5 to 7 p.m. Wednesday and at the church on Thursday for one hour before the service.