Funeral services for RaNae Roxanne Roberts, age 58, of Alden, will be at 10 a.m. on Wednesday, at Bayview/Freeborn Funeral Home. The Rev. Matthew Hundley will officiate. Interment will be at Schneider Cemetery. Visitation will be from 4 to 7 p.m. Tuesday at Bayview/Freeborn Funeral Home and one hour prior to the service. To sign the guest book, go to www.bayviewfuneral.com. 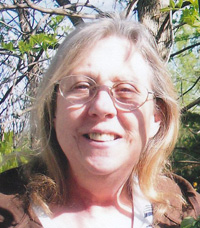 RaNae Roberts was born March 7, 1954, to Leon and Leona (Wipplinger) Roberts in Albert Lea where she attended school. After school RaNae worked at Land-O-Lakes. RaNae was united in marriage to Howard Besco at Wesleyan Methodist Church in 1970. They lived in Waterloo, Iowa. Together they had three children, Shane, Rusty and Wendy. They later divorced. RaNae worked as a laborer at Fleetguard for 30 years. She enjoyed clean, gardening and spending time outdoors. Most of all she enjoyed spending time with her grandchildren.