Funeral services for Nolan Emanuel Hagen, 86, of Albert Lea will be at 10 a.m. Saturday at Round Prairie Lutheran Church. The Rev. Randy Baldwin will officiate. Interment will be at Greenwood Cemetery. Military honors will be accorded by area servicemen’s organizations. Visitation will be from 4 to 7 p.m. Friday at Bayview/Freeborn Funeral Home and one hour prior to the service at the church. Online condolences are welcome at www.bayviewfuneral.com. 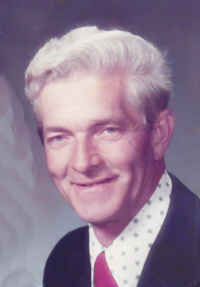 Nolan “Bud” Emanuel Hagen was born on July 1, 1926, to Norman and Julia (Aanrud) Hagen in Freeborn County. He was baptized and confirmed at Round Prairie Lutheran Church. Bud attended various schools in southern Freeborn County. He served in both the U.S. Navy and U. S. Army during World War II. After his return from service, Bud was united in marriage to Patricia A. Larson on June 24, 1950, in Sioux Falls, S.D.  Bud farmed most of his life. When Bud moved to rural Twin Lakes he traded a horse as the down payment on “the farm.”  He also worked for the Coop Creamery in Twin Lakes where he met and became friends with many of the local farmers. Bud also worked for and retired from District No. 241 in 1987. Bud was a member of Lunder Lutheran Church, American Legion, Eagles, Sunset Saddle Club and Grapevine Twist. He had an enormous love for his grandchildren and treasured the time spent with them. Bud enjoyed horses, fishing and camping, gardening, woodworking and having coffee with his friends.

He will be greatly missed by all who knew and loved him.