The Internet has been good for musicians

The World Wide Web. The information highway. The Internet. 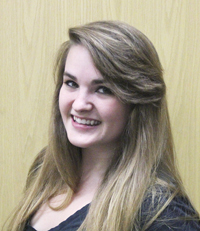 Like any other technological invention the Internet has had its positive and negative effects on society.

Positive: easier to communicate, easier to do business, etc.

You could say that the Internet has made everything easier.

The music industry has especially prospered since Al Gore invented the Internet in early 1990s. The Internet makes everything easier in the world of music with websites such as YouTube, Ustream (a website allowing people to watch live video and chat; musicians use it to connect with their audience), iTunes and, of course, social networks like Facebook and Twitter.

Justin Bieber began his music career when he was 15 by posting videos of him singing on YouTube. He was subsequently discovered. (He was 15? I’m almost 18. What am I doing with my life?) Thousands of aspiring musicians have followed in his footsteps in hopes of becoming famous.

The new show “Opening Act” on E! has superstars such as Jason Mraz and Mary J. Blige search YouTube to find musicians to be their opening acts.

I think it’s pretty spectacular that someone can go from recording songs with their webcam in their bedroom, to singing in front of millions of people and getting paid for it. The Internet turns a hobby into a career.

There have been no one-hit wonders since the Internet; every band has a fan base on the web. Once their radio single has died away, there still are thousands of fans listening to the rest of their album. And waiting, wishing for them to release another album and go on tour. The Internet shines a tiny spotlight on everything.

If you’re like me, when you think of underground music, you think of obscure music being played in a bar basement in a big city. While I’m sure there are a lot of shows like that still, bands like that have expanded their fan base through the Web as well. They can sell their songs on iTunes or sell their CDs on their very own website. By selling their music, T-shirts, other merchandise and their souls the underground Internet artists make a profit. They can even use Ustream to put on concerts via webcam while their fans chat about the music. Which is pretty cool.

I’ll say it again, anyone can get famous on the Internet. For better or for worse. The worse are those awful YouTube clips that Tosh.0 features just so people can laugh at them. Poor kids.

And for better — the hipster bands and rappers whose lyrics are too raunchy for the radio. I could name some but you’ve probably never heard of them; they’re pretty underground. I said with an arrogant tone while running my hands through my brightly colored hair and pulling up my skinny jeans.

And social networks! They have done wonders for society: connecting with people from high school you never will and never want to see again, making a fool out of yourself by tweeting under the influence, being tagged in horrendous photos. The list goes on. But if you think you have a lot of pressure keeping up with your blog and getting likes on your status, think of how celebrities feel. Imagine their Twitter mentions.

Ah, Twitter — it can make or break a musician’s career. Twitter helps fans imagine celebrities as real people with feelings and friends or whatever. (They aren’t. Celebrities are just beautiful robots made for our entertainment. Duh.)

But I beg of you, celebrities, be careful what you post on the Internet. Examples of made/broke careers: Kim Kardashian (make), Charlie Sheen (break), Chris Brown (broken even further after attacking B2K’s Raz-B on Twitter), Frank Ocean (make).

Who is this Frank Ocean, you say? To be perfectly honest, I had to look him up on Wikipedia before I wrote this. I know he’s a songwriter and rapper in the group OFWGKTA (one of those rap groups with lyrics deemed too inappropriate for radio.) People, like myself, who don’t normally get down with rap, had never heard of Ocean until the beginning of July.

That week CNN anchor Anderson Cooper came out as a gay man in an email to journalist Andrew Sullivan, allowing him to publish the email for the public. That was a big deal for an aspiring journalist and self-described gay-rights activist like myself.

I was so proud of Cooper. Then two days later, on the Fourth of July, this Frank Ocean guy comes out of the closet on his Tumblr blog. He expressed feelings he had for a male friend when he was 19. That was even a bigger deal in the rap community because rap music isn’t exactly gay-friendly, and there hasn’t been very many gay rappers.

Although Ocean isn’t exactly A-List famous, he does have a large fanbase on the Internet. And I think with his coming out he will become a successful mainstream artist.

I listened to some of his songs for the first time on the YouTube and followed him on Tumblr after I read about his coming out on Twitter. Oh, look at that web of social networks that probably confused people older than 25.

Kessa Albright is a summer intern with the Albert Lea Tribune.