A place for all 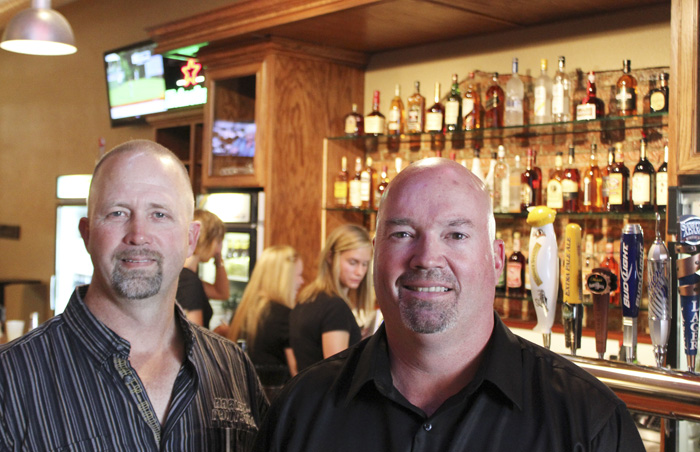 Two businessmen saw that downtown Albert Lea had a need for a bar aimed at an older crowd and so they opened one. 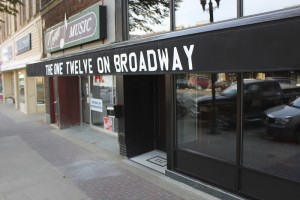 The bar at 112 S. Broadway Ave. has gone through many renovations both inside and out and features a new awning. -- Tim Engstrom/Albert Lea Tribune

So how is 112 on Broadway different from the other downtown bars? One of the owners, Greg Undahl, likes to call it “old school cool.”

Undahl said 112 on Broadway provides bar-goers a different choice by going after the business crowd or middle-aged patrons and isn’t trying to be like the existing bars.

“We aren’t taking away from bars that are already here,” he said.

Undahl said he hopes it becomes a place for people of all ages and professions to gather.

It had a soft opening Friday, no fanfare or promotion. The owners and employees were opening boxes and stocking shelves and before they were finished customers came in, curiously asking if the bar was open. It was.

Undahl and the other owner, Steve Andersen, said they plan to have a grand opening, probably in early October.

The two grew up together in Albert Lea and always had a dream of working together on a business project. They started talking in January 2011 of opening a bar and began looking at properties. 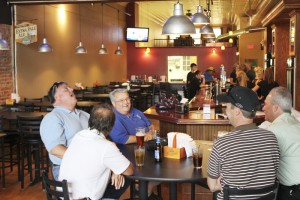 Businessmen gather Friday at 112 on Broadway to share a few drinks and laughs after work. -- Tim Engstrom/Albert Lea Tribune

The bar offers a wide selection of beer and wine and a lunch and dinner menu. Steve Luegge is the chef. Meats are prepared in a cook-and-hold oven. The signature dishes are the prime rib and the slow-roasted pork chop. The dessert menu features bread pudding.

The 112 offers takeout and plans to have outdoor seating.

The location, 112 S. Broadway Ave., is the former home of Great Grains, a vegetarian restaurant that opened in March 2009 and closed its doors in December 2010. The original high ceiling is visible. There is exposed brick on some walls. A fireplace near the door greets people.

Undahl estimated 112 on Broadway employs about 30 people. He declined to state the startup cost but did say they bought the building from the Ehrhardt family.

He noted the downtown is changing, such as having a coffee shop and holding more events. He feels the bar has an advantage of not being a franchise.

“With everything the town has going now, this type of bar is needed at this location,” he said.

Here’s proof that people wanted it: The bar, as of Sunday, had 781 “likes” on Facebook. The bar’s page was created Aug. 16. Many comments describe how Albert Lea needed a place like this — local, not chain, good selection, good food, calm, not chaotic.

There are four flatscreen TV sets. Three are in the front and one in the back. The back area features a loft where groups can gather and have privacy. Undahl said the TV sets are positioned so there are places to sit quietly without seeing a TV screen.

Undahl and Andersen have been putting in the hours the last 90 days, working about 80 hours a week to get the place ready.

“It was a learning experience for all of us,” Undahl said.