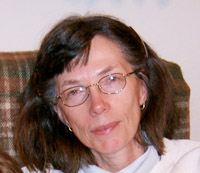 Doris was born May 4, 1946, in Albert Lea, to Clarence and Clara (Neist) Jacobson. Doris graduated from Albert Lea High School in 1964. She married John Hurla on Aug. 8, 1964. They lived in Columbia, S.C., Fort Dodge, Iowa, Austin, Owatonna, Albert Lea and then in 2002 moved to Park Rapids where they retired. Doris liked going to craft shows. She liked nature and the outdoors and especially enjoyed living in her home in the woods at Park Rapids. Doris enjoyed traveling and has traveled throughout Europe, the Caribbean, Hawaii, Philippines and Mexico. She also enjoyed going on many cruises.

Doris is preceded in death by her parents Clarence and Clara Jacobson and her sister Clarice Olson.