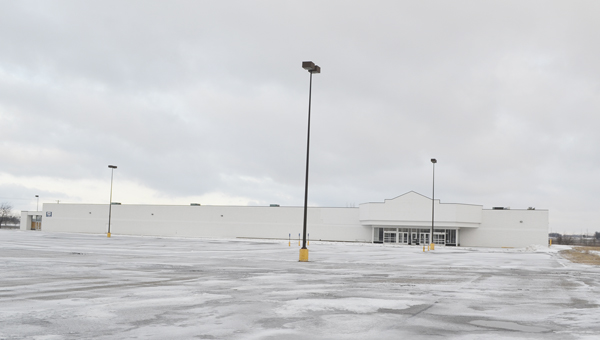 The former Kmart building, which sits across 18th Avenue from Oak Park Mall, has been purchased by retailer Runnings. --Kevin Coss/Albert Lea Tribune

A new home improvement store is likely coming to the north end of town.

Craig Hoium, the city’s community development director, confirmed Wednesday that Runnings, a Marshall-based retailer, has purchased the former Kmart building across from Oak Park Mall on 18th Avenue and was interested in setting up shop there.

While the company has purchased the property, it is still negotiating over the remainder of a lease from Kmart owner Sears Holding Corp., which lasts through November 2016. Hoium said he is not yet aware of a planned opening date, as the issue of the lease must be settled first.

Runnings CEO Dan Herrmann said he did not have a comment on whether a location would open in Austin but said he was always keeping an eye out for new locations and had been interested in the Austin area.

“Is there a desire?” Herrmann said. “Definitely.”

Runnings, founded by Norman Running in 1947 as an automotive supply store, now sells everything from farm equipment to sporting goods to candy. The company has 31 stores throughout Minnesota, the Dakotas and Montana, according to its website, and employs more than 1,000 people.

In July, Sioux City, Iowa-based Bomgaars expressed interest in buying or leasing the building. The Austin Port Authority considered the retailer’s request for the possible monetary assistance of a $150,000 loan. Such an agreement between the Port Authority and Bomgaars would have come along with certain terms, including the possibility of partial or total loan forgiveness in response to the company creating and keeping jobs in the area.

The outlook of those plans changed when Hoium confirmed in September a different retailer was finalizing negotiations to acquire the building without the need for a subsidy from the city. The company, Runnings, was not identified at that time.