A Q&A with Chad Vogt of Mrs. Gerry’s 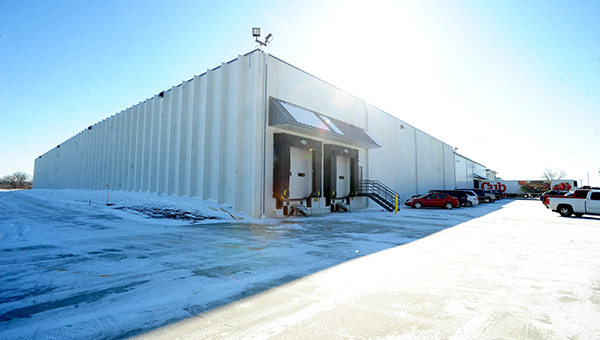 The expansion of Mrs. Gerry’s, shown here, is on the north side of the building. It adds 37,000 square feet to the plant. –Brandi Hagen

By this summer, the company is on track to double its potato-processing capacity and increase its cold and dry storage capabilities.

The Tribune sat down with Chad Vogt, Mrs. Gerry’s vice president and director of purchasing, to talk about the history of the company and its recent expansion.

Q: Mrs. Gerry’s has been in operation since 1973. Can you tell us a little about how it got started? What were the goals for the company when it first began?

A: In 1973, Mr. Jerry Vogt was selling salads on his Schweigert meat route to complement his meat — some cheeses, different products and one of them was the line of salads. The lady who made those salads was going to retire, so he came to Mrs. Gerry Vogt and said, ‘Would you make salads for me? And you have until tomorrow to give me answer.’ So they went to bed that night. They both prayed about it, and when they woke up in the morning, they felt a peace that they should start something, that they should start making salads.

Mrs. Gerry’s Kitchen has expanded from the kitchen of Gerry Vogt to an entire plant at 2110 Y.H. Hanson Ave.

They started in the kitchen of their home. At the time Gerry had a 5-year-old, a 3-year-old and a 1-year-old in the house.

They quickly grew out of the household kitchen, and they bought a place on Seventh Street, a 7,000-square foot building on the south side of town.

Their first employees were her parents, Al and Betty Siemer, and their first year they sold 70,000 pounds.

In 1978, they moved to the Northaire Industrial Park. Since then, this is the sixth addition.

Q: Did they anticipate the company was going to take off like this?

Their first customers were the Schweigert sales people. My dad was one of the Schweigert drivers, and so he went around and got other drivers to buy in on this. Then they landed SuperValu, a distributor out of the Minneapolis market, and then it really started to grow.

Other distributors started to come on periodically, and it just kept growing and growing. Really it came down to that they were discovering that a quality ready-made salad could be produced for them without making it in the kitchen and they could sell it on the store shelves. That’s what really drove the sales was the quality.

Q: When did the development of the mashed potatoes come in?

A: That came about in 2005. Our CEO from England, Alan Oliver, was over in England and visited a manufacturer that did mashed potatoes and came back with that idea that we could do something similar. That was kind of the birth of that.

We started finding what was out there in the market, who was making mashed potatoes and what we wanted to offer. What was the best product out there? We wanted to at least match it, if not out do it. And we outdid it. There’s no doubt about it. 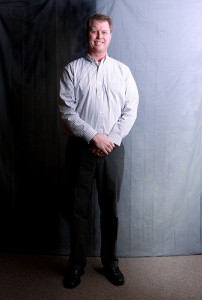 Q: Is that your top-selling product?

The original potato salad was my grandmother’s recipe. That was the No. 1-selling item for 38 years, and last year premium mashed potatoes surpassed that product as No. 1. That’s really why we did our expansion. We were growing at such a pace we could not keep up with it. We had to expand to make room for more processing, and thus more storage to the north and opening up the south for more processing.

Q: Do you have additional contracts that you are expanding for, or are you expanding some of your existing contracts?

A: One of the bottlenecks for us was cold storage, and the fact that our potato processing of mashed potatoes continued to increase year upon year forced us to do something different.

It wasn’t necessarily this new customer or that new customer; it’s all the sales increasing year after year.

Sales continue to increase is the bottom line. We get new customers all the time.

Q: Why did the company decide to do it all here as opposed to somewhere else?

A: It’s a great community. Albert Lea has been very helpful, in being an asset to us. We think this is a great community to not only raise families but employ people. We wanted to do everything we could to keep it here, and that’s why we’re here.

Q: You ended up receiving help from the city? Did you get any other help?

A: We received a TIF, tax increment financing, and we received a low-interest loan from the USDA Rural Development Fund for $1 million.

Q: What was the total cost of the whole project?

Q: Where are you at with the expansion? What has been done and what is still left to be done?

A: The shell is up. The dry storage aspect of the addition is full, and we’re waiting for our refrigeration building to the east to get done so we can cool it down, put refrigerant in there, and then move finished goods in there.

The bottleneck was cold storage. Unless we alleviated that pressure, we couldn’t redesign to accommodate more processing.

Q: What’s the timeline for when everything is going to be done?

A: Probably August of 2013. That’s when we’ll have cold storage up, potato processing going, a new freezer, double our finished-goods cooler and then just some tweaks in production.

Q: When will you be adding the new employees?

A: The additional employees will gradually happen as we get a feel for how the new processing is going to operate. They will be added here and there as needed.

Q: How does everyone in the company feel about the expansion?

A: The employees have been great. They’ve stood behind us and embraced this whole thing. We’re supplying more jobs to the community.

It’s been a great process, a lot of work.

Q: Looking back since 1973, what do you think about how far the company has come since it started?

A: It’s phenomenal. What a success story she’s had, and all the glory to God because he has had his hand on this business from the beginning. It’s just been a great success story for this community, and we hope it continues for many years to come.

Q: You credit the success you’ve had to God. Can you explain that more?

A: It started in the beginning when my dad came home to my mom. The first thing they did when they went to bed, they said we need to pray about this and we need to sense that God is leading this if we’re going to be successful. From the beginning we’ve relied upon God’s hand, and we still do to this day. God is a very important part of this company, and we feel without his blessing on it, it would not be where it’s at today.

Facts about the expansion

Employees to increase
With the expansion, Mrs. Gerry’s anticipates hiring an additional five to 10 employees, up from the 140 permanent employees already at the site.

Dozens of foods being offered
The company supplies more than 100 varieties of salads, dips, entrees and mashed potatoes to retail and food service customers in 17 states. Its most popular product is its ready-to-eat mashed potatoes.

Mashed potatoes are No. 1
For 38 years, Mrs. Gerry’s original potato salad was the No. 1 product for the company, but in 2012 that was surpassed by the sales of mashed potatoes.