Small shops are popping up in Clarks Grove 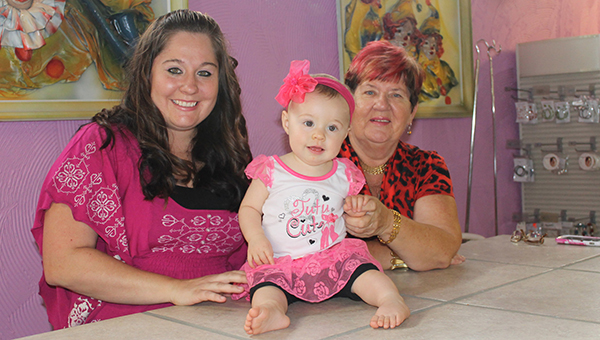 Anna Allshouse, her daughter, Mariana, and her mother, Maria Siwec, stand behind the counter of Diva Central. The family runs the boutique. –Kessa Albright/Albert Lea Tribune

In Clarks Grove, a town of just over 700 people, there is a growing business environment.

In addition to large businesses, some small shops have recently opened in the downtown area of Clarks Grove.

City Clerk Kathy Jensen said the spaces were empty after a furniture store and the Clarks Grove State Bank left. After sitting empty for some time, a bookstore opened about a year ago, and a boutique opened its doors this summer. 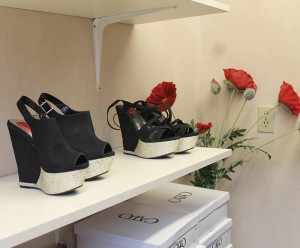 Together James and Anna Allshouse own what used to be the downtown furniture store. Anna runs Diva Central, a boutique that sells clothing, shoes and more. James runs Cali-Boyz Customs, a stereo store that’s next door to the boutique. Anna and her mother, Maria Siwiec, run the clothing store.

“We wanted to bring something to the community,” Anna said.

The bookstore that opened more than a year ago is called A Bit Bookish. It occupies the space that was a bank for more than 100 years. Part-owner Kim Hammer said she saw the need for a place to buy and sell used books. Hammer wanted other products to draw in potential customers, so she’s worked with local artisans who can sell their product at her store.

“We have a one person helping another kind of relationship,” Hammer said.

Some of these products include home-made greeting cards and natural beauty products.

Other downtown businesses have been staples of the community, like Clarks Grove Hardware, which opened in the 1890s.

“It started out as a wood structure, then they built the brick one that’s there now,” Jensen said.

A Clarks Grove resident, Jensen said she likes that more businesses have been coming and staying in the town. 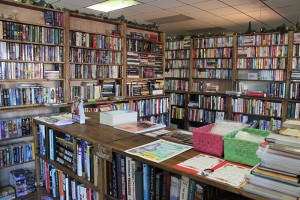 “I would love to see more,” Jensen said. “But it’s a sign of the times that it’s harder to start something and make a success out of it.”

Mayor Bruce Hanson agrees that it’s been a boon for the town to have new businesses, and he said the city is always looking for more enterprises. He’s also been glad to see that a handful of established businesses have expanded in the last five years.

“We’re always looking for any new businesses that are interested in coming here,” Hanson said. “We feel we’re lucky to be right on the freeway for good access.”

Hanson said the city wants to keep living up to its motto: “The nicest town, in the most progressive county, in the finest state, in the greatest country in the world.”

Across the street from the new downtown developments is the large creamery building that boasts that it was the state’s first incorporated creamery.