A sorrowful goodbye to trees toppled in snowstorm

“Everything is nearly copacetic. I’ve been better, but I got over it. Eighteen inches of snow in May! Pigs would have been flying if the weather hadn’t been too nasty to fly. A big tree fell across my driveway. I had to get it moved and cleaned up so I could come and go. It was a job. I’ve had fun before. That wasn’t it. It had been a day that would have been easy to improve upon. A day made out of headaches. Still Bill and Weasel helped me — sort of. Still Bill, he was born lazy and grew up tired, tries to sling a hammock between two cornstalks each year. He showed up just to supervise. Weasel is a good worker, but he has a mouth on him that is no prayer book. He’s a little cranky. It was his birthday.” 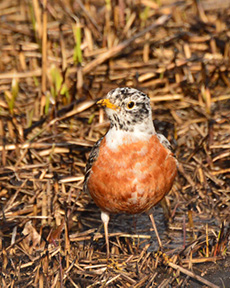 “And that’s how old he’ll say he is next year. Weasel isn’t the kind of guy who says one thing one time and another thing another time. As Weasel says, ‘I am a man of my word. When I say something, I stick to it.’”

I tried to find my shadow. It was nowhere to be seen. A May snowstorm had dropped at least 17 inches of the stuff. I know because my wife stuck a yardstick into the wet snow. On a day when farmers should have been planting corn, I walked in the whitened landscape to do chores. My boots stand 16 1/2 inches high. They weren’t nearly tall enough.

I don’t like to be the first to step into new snow. The lack of deep prints presents a luscious likelihood, like an artist’s easel filled with possibilities. A dog had walked first. It was more of a delirious bound than his usual meander. My deep footprints in the white snow offered glimpses of a glacier-like blue. The trees had not had a good night. Many were broken. There would be extensive cleanup required. Dead trees toppled. I’ll likely miss the dead more than the living trees.

A pair of brown thrashers perched together and looked as if they were trying to make sense of it all. I hoped they were capable of thrashing snow as well as they do leaves.

On a day that could not be less suited for golf, I had birdies and an eagle.

That’s not a bad day. It’s good to be a birder.

Neil Lang of Albert Lea and Val Forsythe of Albert Lea reported separate sightings of a house sparrow that was completely white except for a couple of gray feathers.

I’d seen a grackle recently that had a number of white feathers.

It wasn’t making a fashion statement. It was exhibiting leucism. When I was a boy, such a condition would have been called piebald. The condition was often called partial albinism.

Canada geese had much to say as I watched an osprey fly over a lake as if the act gave it pleasure.

I drove through falling snow as a flock of Franklin’s gulls flew overhead. These are small, black-headed gulls that were named after Arctic explorer Sir John Franklin and called “prairie doves” by early settlers.

A young man called and asked if I were the “bird dude.”

I admitted that I might be. He said that his father was being slowly driven insane by squirrels at the feeders. He’d put up “No squirrels allowed” signs on behalf of his father, but they were of no help. Squirrels refuse to read signs. I gave him some ideas for discouraging squirrels. Nice young man. I hope my suggestions helped.

I stepped outside into weather that few would have claimed to be “nice.”

There were inches of finches on the feeders. I stood quietly and listened to all the birdies sing — red-winged blackbirds, white-throated sparrows, brown thrashers and rose-breasted grosbeaks.

May snow can mean only one thing. June is next month.

Ona on a glass

Ona Meyer of Hartland told me that her bird feeders had been overwhelmed with grackles. Each time their numbers grew large, Ona walked to the glass door. She didn’t need to open it. The grackles saw her coming and made a hasty retreat. This maneuver proved so effective that Ona’s husband Don plans on enlarging a photo of Ona and affixing it to the sliding glass door to keep the grackles away.

Harlan Lutteke of Alden asked why robins sing at night? Some birds reschedule their recitals to the night in order to avoid the din of human activity. It’s easier to be heard in a quiet environment. Sound typically carries better at night. Artificial light might contribute to the nocturnal singing.

“Is there one particular species that is the “pussy willow?” Pussy willow is the common name for Salix discolor. Nearly all willows have fuzzy flower buds arranged along their branches that are referred to as “pussy willows.” Most people don’t distinguish between the plant and the phenomenon of willows flowering in the spring.

Ron Theobald of Mankato asks how many eggs a robin lays, how long its incubation period is and how long one lives. A robin lays three to five eggs and incubates them for 12 to 14 days. The nestling phase is 13 days. On average, only 40 percent of robin nests successfully produce young. The oldest wild robin recorded lived to be 13 years and 11 months old. About 25 percent of hatched robins survive until their first birthday. The average life expectancy of a robin is about two years.

“One of the first conditions of happiness is that the link between man and nature shall not be broken.” — Leo Tolstoy