Remember the ones who have fallen in war

A sense of duty sent them to war.

They left their homes to fight on distant battlefields. They were called to be part of something bigger than they were. They were somebody’s son, daughter, sister, brother, father or mother. They were ordinary people who responded in extraordinary ways.

They came home in pine boxes. Their final resting places are the cemeteries near the churches where they’d been baptized. 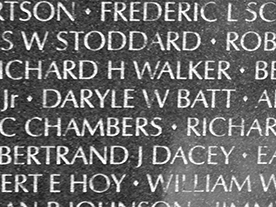 Since the first shots at Lexington and Concord were fired and the Revolutionary War began, American men and women have been answering the nation’s call to duty. Americans have fought and died while defending our freedoms and way of life. Our troops continue to make the ultimate sacrifice, yet more Americans step forward to say, “I’m ready to serve.” They follow in the footsteps of generations of heroes.

The idea for Memorial Day arose from the ashes of the Civil War, in which at least 620,000 Americans were killed. The war’s unprecedented carnage was on a scale unimaginable. There are varying versions of how Memorial Day began. One says that grieving families in Mississippi decorated the graves of both Confederate and Union soldiers with wreaths and flowers. They hoped that others would do the same for their lost loved ones in the North. They did.

When we remember, it is a tribute to those lost troops. From the soldiers who starved through the winter at Valley Forge to the gallant combatants at Gettysburg to the doughboys crouched in the muddy trenches of France to the soldiers freezing in Korea to the platoons in the hazy jungles of Vietnam to those patrolling Afghanistan, we remember and honor our war dead. President Abraham Lincoln said, “A nation that does not honor its heroes will not long endure.”

Major Archibald Butt, a military aide and friend of President William Howard Taft, brought Marie Young to a lifeboat on the Titanic. He wrapped blankets about her and tucked her in as if she were going for a pleasure ride. He bid her farewell and good luck, and said, “Don’t forget to remember me to the folks back home.”

I worked in Washington, D.C., not long ago. I spent a day at Arlington Cemetery. Rows upon rows of grave markers and numerous funeral processions made for a humbling experience. An empty tomb honored Major Archibald Butt, the man from the Titanic who asked to be remembered. He died on that ship. I visited all the monuments and memorials of our nation’s capital that I could. At the Vietnam Veterans Memorial, I placed my hand on the name of a family member killed in Vietnam. That one name in a list of 58,272 names engraved upon a wall is a wound that never heals.

I stopped at the Korean War Veterans Memorial. As I marveled at the reflection of the statues of 19 squad members, I read, “Freedom is not free.”

I read the tombstone epitaph of a World War II veteran, “When you go home, tell them of us and say, ‘For their tomorrow, we gave our today.’” I recalled the Sullivan brothers of Waterloo, Iowa — five siblings who were killed in action during the sinking of the USS Juneau in 1942. At the National World War II Memorial, I entered my last name into a database and discovered that 47 people with my name died in service to this country during World War II. Most of you would find someone with your last name in that database.

In junior high, I read William Saroyan’s “The Human Comedy.” In it, Homer Macauley was a 14-year-old delivery boy who frequently delivered telegrams reporting the deaths of soldiers. Homer died a little each time because his beloved brother, Marcus, was a soldier. One day, Homer found Mr. Grogan, the telegraph operator, slumped over his desk, dead of a heart attack. The last telegram Grogan had received was addressed to Homer’s mother. It began, “The Department of War regrets to inform you that your son Marcus…” Homer’s angry reaction was, “I don’t know who to hate.” As time passed, Homer learned that remembering was better than hating.

Many have given their tomorrows so that we might have one.

“If you are able, save for them a place inside of you and save one backward glance when you are leaving for the places they can no longer go.” Those are the words of Major Michael Davis O’Donnell, killed in Vietnam.

The soldier on the Titanic said, “Remember me.”

Honor our heroes. Remember them.