“Everything is nearly copacetic. I enjoy being a grandfather. I took a grandson to the zoo. He’s no bigger than a minute. We got something to eat there. While we sat and ate, I watched a young boy eat six big candy bars, one right after the other. I said to the boy, ‘Eating all that candy is bad for your health and could rot your teeth.’ The boy replied, ‘Mister, my grandfather lived to be 97 years old.’ I thought I had him there. I responded, ‘I’ll bet he didn’t eat six candy bars at a time.’” 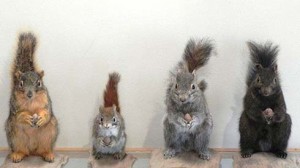 “He said, ‘No, my grandfather didn’t do that. What he did was to mind his own business.’ My grandson and I were standing in front of the tiger’s cage while I explained how ferocious and strong tigers are. My grandson took it all in with a serious expression. “Grandpa,” he said, “If that tiger got out of his cage and ate you…” Then he paused, he was crying. I knew this was going to be one of those tender moments. “Yes,” I said, as I watched a tear roll down his face. I’ll never forget what my grandson said to me. He said, “How will I get home?”

Looking up are things

Pelicans flew overhead, a synchronized elegance. Headless, large birds provided more aerial ballet. The headless birds actually had heads. They were red and featherless, but not always very evident in flight. They were turkey vultures. The morning had been beautiful. The afternoon rainy and dreary. The day had pulled the old bait and switch routine on me. To make up for it, the day filled the air with beautiful birds. So many birds, it was difficult to get any work done as I struggled to get past the wonder of it all.

Alice Kluver of Albert Lea wrote, “The question has arisen among bird watching friends, do the birds that migrate south for the winter raise young while there? We think no, but could be wrong. But, if they don’t, why not? And, do the young raised here this summer, choose mates this summer or wait until their stay in the south? Hoping to learn more about it. Another more obvious question, why do they even bother to come north when it is lousy weather for nine months? I hear there are areas that are beautiful all year around!” Birds that breed in North America and spend the winter south of the United States border are known as “neotropical migrants.” Neotropical means the tropics of the New World. The reason why migration persists is because it increases breeding success. Birds are able to raise more young on average by migrating than they would if they remained in the tropics. The abundant, protein-rich food provided by insects, longer daylight hours, greater area over which the birds can spread and possibly fewer predators offers the potential to raise more young. As the days shorten in the north in autumn and food supplies become scarce, the birds migrate south to their non-breeding territories. Nesting and migrating are arduous undertakings and rest is needed. They take a break from raising families while they are south. Some birds do mate for life. Most of the others find a mate in the spring.

“What do crows eat?” Crows are predators and scavengers. They will eat practically everything. A crow is an omnivore’s omnivore.

“How can I tell the difference between a phoebe and a peewee?” Other than by their songs, which are quite different, the eastern phoebe has an all black bill, no wing bars and pumps its tail. The eastern wood peewee has whitish wing bars (buffy on young birds).

“How can I get a hummingbird out of my garage? When I open the door, it flies up to the ceiling.” Birds tend to fly up when panicked. Hummingbirds are very much attracted to the color red. They might have been enticed into the garage by the garage door opener’s emergency-release latch. It’s the cord with a red plastic handle on the end hanging from the tracks of the garage door. I suppose it’s possible that red lamp covers on a car could attract them. Put a large red object on the ground just outside the open garage door — towel, sheet, blanket, flowers, handkerchief, hat, hummingbird feeder, etc. It might convince the bird to leave.

“How long does it take an oriole to make its nest?” The female Baltimore oriole typically takes a week to weave a nest out of slender fibers, but it can take as long as 15 days. Males occasionally bring nesting material, but don’t help with the weaving.

Spanish moss is not a moss.

Just think how much the state of Minnesota saves in printing costs by having a black and white bird, the common loon, as its state bird.

The scientific name of a coyote is Canis latrans, which means barking dog.

“I am a big believer in the mirror test. All that matters is if you can look in the mirror and honestly tell the person you see there, that you’ve done your best.” — John McKay

“There are some who can live without wild things and some who cannot. Like winds and sunsets, wild things were taken for granted until progress began to do away with them. Now we face the question whether a still higher standard of living is worth its cost in things natural, wild and free. For us of the minority, the opportunity to see geese is more important than television, and the chance to find a pasque-flower is a right as inalienable as free speech.” — Aldo Leopold