Columnist’s story about a trip mentioned in book

“Everything is nearly copacetic. After 19 years of going to the same chiropractor, he retired for no other reason than he’s older than dirt, and I had to get a new chiropractor. It was quite an adjustment. You know, I was born in the lap of luxury. Then it stood up. What do these names represent to you? William March. William April. William May. William June. William July.” 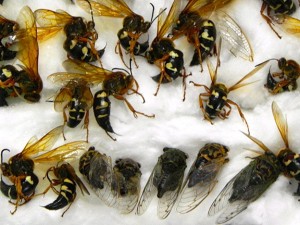 “They’re my monthly bills, and they’re as regular as the employees at the laxative factory. Pop got up on the wrong side of the bed this morning and spent 20 minutes trying to get his feet into Ma’s shoes. He doesn’t remember to pay his bills. Pop is getting so forgetful that it’s fortunate that he’s done very little worth remembering. I told Pop that I’d found a great job. It starts at 8 a.m., ends at 2 p.m., no overtime, no weekends, and it pays $500 a week. Pop was happy until I told him that I’d found the job for him.”

“Speaking of your father, he looks great. How did he manage to lose all that weight?” I ask.

“It was easy. Every night he takes his teeth out at 6 o’clock, and I hide them until morning.”

The dew had been done. The grass was dry.

The wind swirled. The branches of trees unable to decide which way they were going to bend.

The breeze kept the mosquitoes away. That was good. The mosquitoes had enjoyed the home-field advantage far too long.

Crows flew overhead, feathered misdemeanors. Crows always seem to be up to something. I see them regularly in the yard.

I looked up again and saw a feisty eastern kingbird harassing the crows. It was a combination soap opera/demolition derby in the sky.

It was the beauty of a second look.

“I saw a great horned owl. It looked huge. How big is this owl?” A great horned owl looks much bigger than it is. An average size would be slightly over 3 pounds and 22 inches long with a 44-inch wingspan.

“Is there a simple way to keep squirrels away from feeders?” Not really, squirrels are very good at what they do. They love peanuts and corn, but they don’t like safflower seeds. There is something called the 5-7-9 rule that helps discourage squirrels. Mount a feeder at least 5 feet above the ground, 7 feet from the nearest tree or structure, and 9 feet below any overhanging branch. A slippery pole (such as PVC) or circular baffle help.

“Are there more or less rabbits this year?” Yes, depending upon your location. Cottontail numbers run in cycles. The population builds to a high level before disease, predation, and poor reproduction bring the numbers down. Some researchers believe that a population spike occurs at 10-year intervals. Different areas may be on varied years of these cycles. Fewer than one in 100 rabbits lives to a third year. If there are fewer rabbits, please don’t blame Elmer Fudd.

“It looked like a hummingbird, but I don’t think it was. What was it?” Neither bird nor plane nor flying frog, your visitor is likely a sphinx moth, also called a hummingbird moth or hawk moth. It’s roughly the same size as a hummingbird and is able to hover while nectaring from flowers. They fly up to 12 mph.

“There are giant wasps buzzing around. Are we all going to die?” Sooner or later, but not likely from these wasps, which are as long as two inches. They are cicada killers that are seen in July and August. Female cicada killers search trees for cicadas. A cicada is stung, carried to the burrow, and placed in the nest. The front legs are used for digging burrows, the hind legs used for kicking out dirt. Cicada killers prefer tunneling in light clay to sandy soil in southeast facing, full-sun areas with sparse vegetation and well-drained slopes. Because the female is larger than the male, a female egg is provided with two cicadas while a male egg gets only one. After the eggs hatch the grubs consume the cicadas, molt several times, form cocoons in which to overwinter, and undergo a metamorphosis that allows them to emerge next July just as the cicadas emerge. The males die after mating and females die after laying eggs. By mid-to-late-August all adults are dead, the males living about two weeks and the females around four. The males are unable to sting and the adult cicada killers feed on nectar. The female isn’t aggressive around humans, but if you were to grab one and say unkind things about her mother, she might sting you.

Thank you to all the great listeners of the “Over the Back Fence Variety Show” on KFIL Radio. It was fun playing a part.

Thanks to those kind folks who mentioned my story about a Grand Canyon trip that was included in the book, “Not Your Mother’s Book … On Travel.”

“A knowledge of the path cannot be substituted for putting one foot in front of the other.” –M. C. Richards

“There is only one way to happiness and that is to cease worrying about things which are beyond the power of our will.” – Epictetus