“Everything is nearly copacetic. I’m a little tired this morning. My ancestors came to this country from Norway and I’ve never adjusted to the time change. I locked my coat hanger in my car again, so I had to get my sister Cruella to drive me to a funeral of an old friend of the family. He had drunk so much strong coffee in his life that he mingled with the crowd at his own funeral. Cruella is such a bad driver, she had a car accident while taking the written exam part of her driver’s test. She’d just washed the car and couldn’t do a thing with it. I’d advised Cruella not to get a tattoo. She didn’t listen to me. She got three. The only woman I’ve ever known who would take orders was an Avon lady. Cruella told me I should get a tattoo. I already have some.” 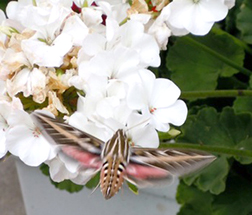 “I had no idea you have tattoos. I’ve never seen any,” I say.

“That’s because they’re on the inside of my body. I lost the laziest man competition to Still Bill again this year. The judge said, ‘Will the laziest man here please raise his hand.’ Everyone put their hands up except Still Bill. Raising his hand was just too much effort for him.”

I heard a kestrel calling loudly.

I watched green herons hunt. Silence, patience and grace wearing feathers. Approximately 18 inches long, this heron makes lures of insects, earthworms or feathers that it drops onto the water to attract fish.

I aimed binoculars at the birds. There is a sticker on my binoculars. It’s a duck stamp. I’ve never fired a gun at a duck except in self-defense. Why would a man who doesn’t hunt ducks and was once described as “not that goofy” own a duck stamp? Having this $15 stamp gives me the right to duck in and duck out of National Wildlife Refuges without charge. The duck stamp helps birds by providing habitat. So if you bird, photograph, hunt, hike or enjoy ducking in or out, this stamp is for you.

It was my great pleasure to give a keynote speech at the Midwest Birding Symposium held at Lakeside, Ohio, alongside Lake Erie. I walked on the dock at Lakeside as wind-driven water splashed against it. It was a dock over troubled water. A family was feeding hot dog buns to herring and ring-billed gulls gathered there. I watched as one girl tore each bun in half before tossing them to the birds. Cyndi Lauper was right. Gulls just want two half buns.

Pete Steiner of Mankato wondered if the moths resembling hummingbirds migrate. The white-lined sphinx is a common moth that occurs throughout most of North America. It’s a large, stout-bodied moth with a furry brown body crossed by white stripes and a wingspan of 2 1/2 to 3 1/2 inches. The adults are primarily nocturnal, but will nectar in daylight. Plump bodies and small wing surfaces mean they must beat their wings rapidly to stay aloft. This allows them to hover like hummingbirds. They are attracted to scented flowers. During the day, they frequent brightly colored flowers, but in the evening, they prefer more visible white flowers. They visit cardinal flower, columbine, primrose, honeysuckle, hosta, lilac, penstemon, petunia and phlox. The caterpillars, up to 3 1/2-inch long hornworms, are variable in color with a horn at the end. It isn’t a stinger. Host plants include apple, bedstraw, chickweed, elm, evening primrose, four-o’clocks, fuchsia, grape, purslane and tomato. If temperatures are too cold for the pupae to overwinter in the ground, the moths might migrate northward. The caterpillars were used as food by Native Americans.

Denny Rossiter of St. Peter wrote, “My family has a half-dozen apple trees. Within the past few days, birds really tore into the Honeycrisp and Beacon. About 50 percent of the apples have been damaged. They peck out about a 2 to 3 centimeter hole usually on the top of the apple. Surprisingly, the Haralsons and the Connels appear untouched. The trees are in the main yard just outside family room windows. We don’t see birds in or out of the trees. Is it nocturnal birds? Is it a migratory bird? What has decided to share our ‘fruitful’ bounty?” Honeycrisp is my favorite apple and apparently the choice of your bird visitors, too. Some birds that eat apples are robins, crows, grackles, woodpeckers and starlings. Flocks of hungry robins not only peck apples, but tomatoes, too. Starlings are in great balled bunches now and grackles gather with other blackbirds to form twisting, traveling flocks. These birds aren’t nocturnal. Nighttime apple eaters are furred — raccoons, opossums, etc. Some folks employ netting to discourage such occurrences. Good luck.

Folklore claims that if autumn leaves are slow to fall, a cold winter is in store.

In Costa Rica, I listened to the ubiquitous clay-colored thrush. This national bird begins singing when it’s time for farmers to begin planting.

“Did St. Francis preach to the birds? Whatever for? If he really liked birds he would have done better to preach to the cats.” — Rebecca West