The weather has trouble finding the right season

“Everything is nearly copacetic. I just stopped at Fourbucks Coffee Shop. Sat with Phil Eng, the dentist. He turns back the dial on his bathroom scale. It’s his weigh or the highway. He was giving me a hard time for not flossing enough. I do floss regularly. I eat a lot of celery. Ma’s side of the family has nice teeth, but some of Pop’s side still have a few of their own teeth. Phil’s daughter got married a while back. When I went to the reception, the usher asked me if I was a friend of the bride. I told him that I wasn’t. Then he said that I must be a friend of the groom. I again replied that I didn’t even know the guy. Then the usher, he was kind edgy, said, ‘Then who are you?’ I told him I was a friend of the food.” 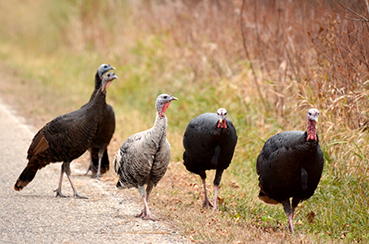 “Did you see that we have a neighbor who’s turning 100 years old next week? She’s a sweetheart. Are you going to get her a gift?” I say.

“Is there a cat in cattle? The problem is that I do all my Christmas shopping at the Lost & Found. I reckon I’ll give her a kiss. I’m sure she’d appreciate something she doesn’t have to dust.”

Birds on the wind

Sometimes, our weather is like a bad airport where the passengers never find their bags. Our weather sometimes has trouble finding its season.

The wind refused to rest. Gordon Lightfoot was somewhere singing, “That good ship and true was a bone to be chewed, when the ‘Gales of November’ came early” from his classic song, “The Wreck Of The Edmund Fitzgerald.”

It was a day of that fifth season — winfalsprisum — that provides a bit of the other four seasons in just 24 hours.

There were birds, they were hidden from the wind by the trees and building. There were birds, but they were having cows. Blue jays, downy woodpeckers, red-bellied woodpecker, black-capped chickadees, white-breasted nuthatches and juncos had found a screech owl in a broken tree in our backyard. The jays and the chickadees were the loudest. The chickadees issued long series of “dees,” indicating that the chickadees found the screech owl to be a threat. The white-breasted nuthatch was the most aggressive in checking out the cavity to get a good look at the owl. The behavior of birds never ceases to fascinate me. Each bird holds a thousand secrets.

“Will chickadees and nuthatches news nest boxes in the winter?” Chickadees, titmice, nuthatches and downy woodpeckers may use nestboxes for roosting. Evidence of roosting includes feathers, fecal material and food residue. Birds often enter a cavity to roost just before sunset.

Benny Scherb of Kiester and Jack May asked about gulls following tractors. Gull populations have increased due to protection from being shot and because of the abundant food that humans supply. Gulls are opportunistic feeders, extraordinary omnivores that exploit any food source they can find. They eat fish, mollusks, crustaceans, insects, small mammals, grains, eggs, small birds, french fries, stale hotdog buns and carrion. An analysis of regurgitated pellets revealed steak and pork bones, plastic utensils and paper towels. Gulls love parking lots, landfills, dumpsters and restaurants — places where food finds the ground. The gulls typically following farm tractors at work here are ring-billed gulls and Franklin’s gulls. Freshly-plowed farm fields expose invertebrates for them to eat. Gulls often fly high in the air. This gives a view that allows them to exploit potential feeding opportunities quickly.

“Why does my cat have eyeshine?” Many a nocturnal animal has a mirror-like layer called the tapetum lucidum in its retina that reflects light, giving the animal the ability to use the available light twice. It can even be found in fish and spiders.

A friend, John Acorn of Edmonton, who did a TV show called “The Nature Nut” for years, showed me a photo of a red-necked grebe nesting on a shopping cart that had found its way into water.

Flamingos are pink because they eat carotene-containing brine shrimps or blue-green algae.

Northern gannets make incredible plunges as deep as 70 feet underwater after a fish.

Tear-feeding moths and butterflies exist in Africa, Asia and South America. They feed mainly on the tears of large animals such as deer, antelope and crocodiles, which cannot readily brush them away.

Madagascan moths have been observed drinking the tears of sleeping magpie robins.

Long-nosed bats are the main pollinators of century plants (agave) and the tequila is obtained through distillation of juices from agaves. The bat/plant association is so strong that the disappearance of one would threaten the survival of the other.

Bumblebees foraging in flowers for nectar are like salesmen traveling between towns; they seek the optimal route to minimize their travel costs. Mathematicians call this the “traveling salesman problem,” in which scientists try to calculate the shortest possible route given a theoretical arrangement of cities.

In March 1904, an estimated 750,000 Lapland longspurs died in Nobles County in Minnesota from undetermined causes.

“All birds look like sparrows to me. There are big sparrows, small sparrows and gaily colored sparrows. But they all look like sparrows. Last summer I realized this was a know-nothing attitude, so I bought two bird books. They were filled with every conceivable kind of sparrow.”

“A hypocrite is the kind of politician who would cut down a redwood tree, then mount the stump and make a speech for conservation.” — Adlai Stevenson

“There is only one corner of the universe you can be certain of improving, and that’s your own self.” — Aldous Huxley