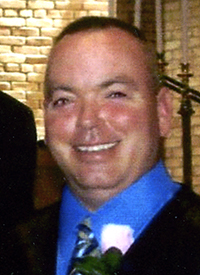 Joel is the son of Robert Sharp of Albert Lea and the late Bonnie Sharp of Sleepy Eye.

He is survived by his father Robert, and stepmother, Gloria Sharp. He is also survived by a brother, Byron Sharp, of Whitehall, Mont., and a sister, Sandra (Jason) Maher of St. James and his grandmother, Lois Hoppe of Truman.

He is survived by three stepbrothers, Chad (Jill) Citurs of Albert Lea. Christopher (Gina) Citurs of Farmington and Cory (Beth) Citurs of Plymouth.

A memorial service will be held in the spring in Sleepy Eye.