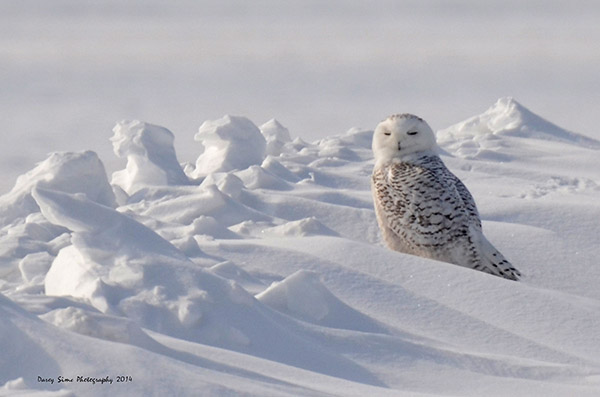 “Everything is nearly copacetic. Pop got a hearing aid. So be sure you wish him a happy new ear. Pop and Ma got a new couch. All week they’ve been sitting on the TV and watching it. Ma keeps getting shorter. She’s so short now that you can see her feet on her driver’s license photo. Pop keeps getting bigger. When he walks past the TV, I miss an entire episode of “60 Minutes.” It’s no wonder where he gets his size. He butters his aspirins. My brother Crawford has started smoking electronic cigarettes. He uses them to recharge his cellphone. All Crawford ever thinks about is money. We attended the funeral of one of the neighborhood elders the other day. The minister had just moved here from Boston. He married a girl from the area. The rural life is new to him. He said that he’d never seen a cow until he met his wife. Everyone thought the deceased had accumulated a barn full of wealth. That was because he’d never spent a dime. On the way to the cemetery, Crawford asked me, ‘How much do you think he left?’”

“I’m sure there are others who wondered the same thing,” I say. “What did you tell Crawford?”

“I told Crawford, ‘He left all of it.’”
Spotting snowy owls

I’ve seen snowy owls here and there this winter. A simple delight, a great gift to my eyes. Snowy owls are mostly white with narrow, sparse brown bars and spots. They have golden eyes and thick feathers covering their toes and claws. Snowy owls do a lot of sitting. They will sit still in the same spot for hours, occasionally swiveling their heads. When hunting, they use their exceptional vision and hearing to find prey. They capture prey by flying or even running in pursuit. Unlike most owls, snowy owls are diurnal. They hunt at all hours during the endless daylight of an Arctic summer. The heavy feathers that make for extraordinary insulation from the Arctic cold make the snowy owl North America’s heaviest owl. A snowy owl typically weighs about 4 pounds, which is one pound heavier than a great horned owl and about twice the weight of a great gray owl, which is North America’s tallest owl. Snowy owls primarily eat small mammals, particularly lemmings, which at times on the tundra may be the only item on the owls’ menu. An adult owl may eat three to five lemmings each day (1,600 per year). On both breeding and wintering grounds, their diet can vary widely and include rodents, rabbits, hares, squirrels, weasels, wading birds, seabirds, ducks, grebes, ptarmigans and geese. I suspect they feed heavily on voles while wintering with us.

Birding by the numbers

A report by the U.S. Fish & Wildlife Service titled “Birding in the United States: A Demographic and Economic Analysis” is based on the “2011 National Survey of Fishing, Hunting and Wildlife-Associated Recreation.” The report showed that about 20 percent of the U.S. population participates in bird-watching. That’s about 47 million people. The highest birding rate in the nation among citizens over 16 years of age was recorded in Vermont at 39 percent. Minnesota ranked 11th nationally with a participation rate of 25 percent. In Minnesota, the average number of days spent by an individual in observing birds each year was 87, including both in the backyard and while on trips.
Don’t mess with Minnesota

I was visiting a lovely, small city in northern Minnesota. I parked and stepped out of my car in the downtown, on what I thought of as main street whether that was its name or not. I was headed to the post office to send some mail on its journey. There was a pile of cigarette butts of epic proportions along the curb. I wondered how such a gigantic assembly of used cigarettes was possible. There aren’t that many ashtrays in a car. Someone must have been using coffee cans as receptacles of spent cigarettes.The rubbish was a sad sight. If someone wants to smoke, that’s fine with me. It’s their choice and I appreciate the taxes they pay. But we have the responsibility of being good ancestors. It takes forever for those cigarette filters to biodegrade, up to 10 years. Those that refuse present a poor model. Children may not listen to their parents, but they seldom fail to imitate them. We need to set a good example and stop littering cigarette butts and everything else. It’s a simple way to better oneself. I see bumper stickers in the Lone Star State reading “Don’t mess with Texas.” We shouldn’t mess with Minnesota either. The actor Matthew McConaughey, a native Texan, said, “There aren’t many things that are universally cool, and it’s cool not to litter. I’d never do it.” W.H. Auden wrote, “We must love one another or die.” Littering is not a demonstration of love for self or others.
Q and a

“When do robins return?” There are robins that are here over the winter. The American robins that migrate typically return to where I live around the first week of March. This date varies according to your location. The robins’ return is timed to the 37-degree isotherm, an imaginary line where the average 24-hour temperature is 37 degrees. This line moves northward over the continent as spring arrives. This temperature makes earthworms available. This migration is often determined by weather conditions and robins average approximately 38 miles of travel per day.

An ostrich can run up to 40 miles per hour and never sticks its head in the sand.

Passenger pigeons, now extinct, once made up 25 to 40 percent of all the birds in North America. The passenger pigeon’s closest surviving relative is believed to be the band-tailed pigeon.

“Colors are the smiles of nature.”–Leigh Hunt

Ben Franklin wrote in his autobiography about his morning question and evening question. Upon waking he’d ask, “What good shall I do this day?” At day’s end, he reflected upon his day by asking himself, “What good have I done today?”