Tigers eke out win over Winona 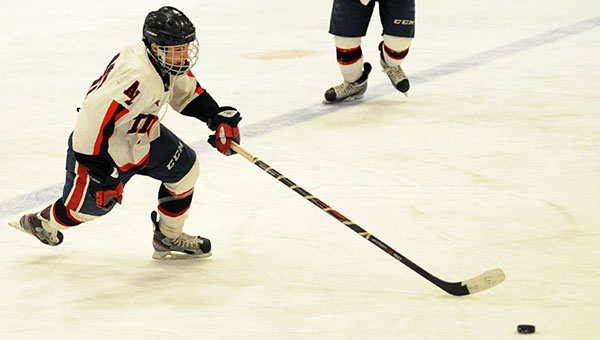 It wasn’t pretty, and it probably should’ve been by a wider margin, but Albert Lea head coach Roy Nystrom put the team’s win over Winona in perspective when he said, “a win is a win.” 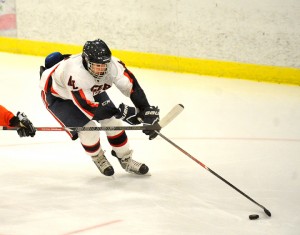 “I think a lot of people have the idea that (Winona) is going to roll over and die for you, but they came to play,” Nystrom said. “It was tight for the entire game. There’s no question about it.”

“We’ve put together a pretty good run,” Nystrom said. “The losses that we’ve had have been really close. Lourdes was 3-2, and heck, we outshot them like 47-20. We’re right there, but it’d be nice if we could put the puck in the net with a little bit more regularity.”

Andrew Thompson made the game-winner for the Tigers (12-9-1 overall, 9-5 Big Nine Conference) in the third period against Winona when he toe-dragged a defender and beat Cassidy Cyert glove-side after receiving a back-hand pass from Lucas Peterson, who was behind the net.

Peterson got the Tigers on the board a little more than 2 minutes into the second period. Cal Thompson re-tied the game for Winona (3-18-2 overall, 2-14 Big Nine Conference) 3 minutes later.

The Tigers outshot Winona 39-27 and had multiple point-blank opportunities. However, the puck had a hard time finding the back of the net.

“We had a lot of scoring opportunities but you’ve got to put them away,” Nystrom said. “I don’t know how many times we had that puck right in front of the net on our stick and we just misfired or couldn’t get it off or what have you.”

“Garrett was solid,” Nystrom said. “I don’t know how many great scoring opportunities they had, but he played solid in the net. I think we made their goaltender look pretty good at times.”

While the team was struggling, the Tigers’ upperclassmen took charge. Of the six points — goals and assists — in the game, seniors accounted for four. Juniors Wyatt Paulson and Dalton Flatness assisted on Peterson’s goal in the second period.

“The seniors are the ones who have to take matters into their own hands,” Nystrom said. “I look at our No. 1 line, all three seniors, and I believe that line got the goals.”

The two teams played a relatively clean game, each taking two penalties. Peterson’s goal was on the power play. Albert Lea was without winger Alex Claassen because of a major penalty he took during the Tigers’ game against Rochester Century. He will be back when the Tigers play at 7:30 p.m. tonight at Mankato West (21-2 overall, 16-0 Big Nine Conference).

“That’ll be a tough game,” Nystrom said. “But let’s put it this way, every game this year has been tough. There has not been an easy game. Not one. We have to work for everything we get, and that’s OK as long as it comes out on the right end of the stick.”