My Point of View by Jerrold Dettle

Have you seen Joe the Carpenter lately? 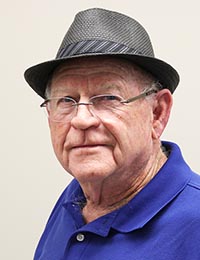 He looks a lot like Joe the Plumber.  He is a very famous fellow who grew up in the Middle East and is best known for his honesty, hard work and dedication to family and job.  His answers for the hardships of life can be invaluable.

If one could speak at this time to Joe the Carpenter near Syria, and possibly travel to Cleveland next week, then after meeting Joe the Plumber he likely would be able to provide some practical knowledge and philosophy that currently the world is missing.

Strange, isn’t it?  These two men are so much alike since they have lived thousands of miles apart and thousands of years apart? Equally amazing is that the carpenter’s son had the intelligence and courage to ask  a powerful world leader a couple of straightforward questions and received deceptive answers in return.  In 2008, the plumber did the same thing.

Actually, when we look at thousands of years of history, people are the same.  Political events that occur are almost identical. Do we know the day and time they will reoccur? Not likely, but we can prognosticate with a degree of accuracy.

The 200 years of democracy in Greece fell, according to most historians, for two primary reasons.

Secondly, foreign military intrusions weakened their defenses, while the general populations lost their bravery and will to defend their country.  Alexander the Great (actually a bloodthirsty conqueror), then subdued the remnants of freedom.

In the Roman Republic, the Senate fell into disarray and lost the confidence of the people. Again, corruption had gradually become so widespread that powerful individuals and groups assumed control of all government functions.  The economy of the homeland lost their long dominance of production, while inflation grew out of control.

Large segments of the population were either purchased as slaves or became serfs. Military leaders often evolved into corrupt politicians after retiring from the military. These leaders became like mobsters controlling large violent groups.  Most segments of the population became less educated, less disciplined and less civilized.  Many actually became roaming gangs. (Is there a correlation to the gangs in our large cities today?)

These gang members intimidated the remaining population, as well as democratic senators like Cato and Cicero into fearful indecision. This was a contributing factor to the demise of the Republic.

The few democracies that remained through dark ages were small and isolated.  One exception was the city-state of Venice. It prospered and avoided widespread corruption for centuries by allowing the citizens a degree of freedom and participation in government. But when corruption did become a destructive issue, and the need to defend their Republic occurred, it easily fell.

Examples of democratic nations falling in the 20th century are well-documented and generally follow the same pattern. Nationalist China, Poland and Czechoslovakia suffered similar fates. All of these countries repeated similar historical patterns that caused them to lose their freedom to elitist central governments. Most of these elitist and oppressive systems are popular ideologies during the past 100 years, such as National Socialism, Marxism and theocracies (strict religious rules).

Space does not allow the mention of all similarities of failing democracies, but here is one you might not have thought about. It is a most sensitive political illness but is invariably present in most failing democracies.  It is described an ancient Latin term (Gratia de Artes).

Loosely translated this is art for art’s sake.  This is a flaw ever present in long running democracies that have enjoyed lasting periods of peace and prosperity.

The disease is the excessive dedication to entertainment, especially art and sports (circuses and theatre).  In broad terms, education and culture shift an excessive amount of emphasis away from job training.  In the workplace, hours spent in effectively producing goods and products are reduced to dangerous levels, which are harmful to national strength and security.

It hurts to write this because I enjoy the arts and entertainment as much as anyone. But history is reality and to continue to exist, one must learn and follow the lessons of reality.  It is uncomfortable to accept absolutes especially for political educators and politicians, but not to Joe the plumber.

The road to follow now as a nation is a clear choice for each of us.  Do we start sacrificing and save a very troubled nation, or do we continue to destroy our children’s future and give up the cause of freedom for the culture and future generations?