Memorial services for Duane R. Willaby, 71, of Albert Lea, will be at 2 p.m. Saturday at Zion Lutheran Church in Albert Lea. The Rev. Joel Vano will officiate. Visitation will be one hour prior to the service at the church. Interment will be in Lakewood Cemetery. 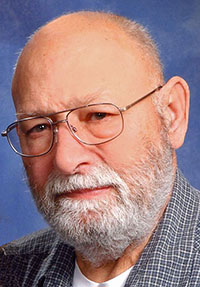 Duane was born Oct. 4, 1942, in Winnebago, the son of Clarence Sr. and Anna (Heffele) Willaby. He attended public school in Janesville. On Nov. 17, 1963, he was united in marriage to Diane Schwarz in Albert Lea.

Duane was employed early in life farming for Warren Oldfather near Emmons. He then worked for over 18 years for Kiester Feed Service in Kiester, and later worked for Wilson & Co. in Albert Lea. He was a member of Zion Lutheran Church and in his younger years served as an usher.

He was preceded in death by his parents; father and mother-in-law, William and Lorene Schwarz; and brothers Clarence Jr., Alvin and David Willaby.