Marlin Roger Albers, 69, of Kiester died Friday, April 4, 2014, at his home in Kiester with his family by his side. A memorial service will be at 11 a.m. Tuesday at Our Savior’s Lutheran Church in Kiester. The Rev. Katie Pals will officiate. Visitation will be from 4 to 7 p.m. today at Bruss-Heitner Funeral Home in Wells and one hour prior to the service at the church on Tuesday. Interment will be in Mansfield Lutheran Cemetery and the Rev. Donald Rose will officiate. Please see www.brussheitner.com to leave online condolences. Bruss-Heitner Funeral Home in Wells is in charge of arrangements. 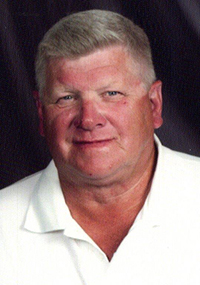 Marlin was born Oct. 25, 1944, the son of Herbert and Helen (Beckmann) Albers in Albert Lea. He was born and raised in Mansfield. He attended Mansfield Country School through sixth grade and then attended Kiester High School where he graduated from in 1962. Dec. 1962, he wed Sandra Ecklund and to this union four children were born.

The couple later divorced. Marlin worked for Milon Baer from age nine to 17, and worked six years at Kiester Creamery.

He had worked for Ecklund Trucking for many years as a mechanic and truck driver. In 1983, he purchased Kiester Welding. Marlin married Christina (Nesje) on July 31, 1994, in Kiester. In 1999, Marlin started part-time with the City of Kiester and went to full time in 2000 until retirement in 2013. Marlin was a volunteer fireman for 32 years and on the Kiester ambulance for 20 years, as well as a 20-year member of Kiester Civic and Commerce. Marlin enjoyed fishing, boating and just being on the lake. He loved watching his grandchildren participate in their sporting events and activities.

Growing up, he did a lot of hunting and fishing with his father, uncle Walt and brother, Bob.

Anyone who knew Marlin knew he never had just one job, and he was always going above and beyond for everyone.

He was preceded in death by his parents, son Dirk, ex-wife Sandra Albers, nephew Joel Albers and sister-in-law Joyce Strack.