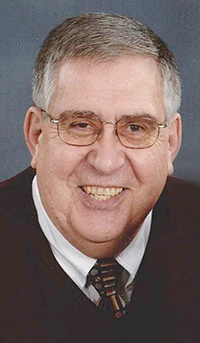 Bob was born on March 17, 1938. His parents are Lloyd and Genevieve Thompson of Hollandale. He graduated from Albert Lea High School and attended Austin Junior College. Bob received his degree in pharmacy from South Dakota State University in Brookings, S.D.

Bob met his wife, Maxine Davis, at Austin JC and they were married in 1958 at Dexter Methodist Church. They have three children and four grandchildren.

During Bob’s professional career he owned Thompson Drug in Mapleton and worked for Lewis Drug and Walgreens in Mankato and Plymouth. He retired from pharmacy in 2005.

Bob’s other passion was exotic cars. He was a member of the Basso Presto Car Club in Mankato and Auto Sports Enthusiasts in Austin and Albert Lea.

He is survived by his wife, Maxine Thompson, of Mankato; three children, Scott and Vernette Thompson of San Ramon, Calif., Cynthia Thompson of Plymouth and Pamela and Carl Bjerke of Prior Lake; four grandchildren, Jennifer, Kirk, Jacob and Loyde with wife, Madigan; one sister, Mary, and Dick Winship of Winterhaven, Fla.; and one half-brother, Jerry, and Shirley Steen of Conway, Ariz.

Bob is preceded in death by his parents and his mother and father-in-law, Doris and Ben Davis.