Definition of blackbirds and difference between crows, ravens 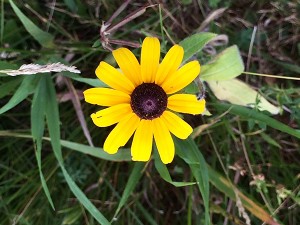 “Everything is nearly copacetic. I had a good, long nap. I went to sleep clean shaven and woke up with a full beard. I had a great visit to the Eat Around It Cafe. I told one of the friendly waitresses that if someone didn’t order the special, that freed up some special food.”

“You got an extra helping?” I say.

“I cried like a little girl. I hadn’t cried like that since I took third place in that onion-eating contest in Walla Walla. If I’d won, I’d gone to the nationals in Vidalia. I went to a movie yesterday. I snuck in a hamburger. A cinema bun. The movie was so loud, it was hard to talk on my cellphone. I suffered a little Droid rage. I wanted to throw my imperfect Android phone at the wall. I looked around the theater and wondered how so many people got to be younger than me. I remember when we were in the second grade. Mrs. Demmer was our teacher. She called my mother to tell her that I’d been misbehaving.”

“What did your mother say?” I ask.

“She said that she’d had me all summer and she never called Mrs. Demmer when I misbehaved.”

While in New Ulm, I tuned the car’s radio to a local station, KNUJ. I was hoping to find a baseball game, but was surprised to not hear any old time music. I know the station doesn’t play much of that genre any more, but KNUJ was once “The Polka Station of the Nation.”

I was driving past Vogel Arena, a recreation facility. I had recently been working in Germany and did a lot of birding while there. One day, I was wearing a T-shirt with a picture of a bird on it. A German approached me and introduced himself. His last name was Vogel, meaning, “bird.” We talked of sauerbraten, spaetzle, schnitzel and strudel.

This combination of thoughts pulled the curtain back on a movie I had watched. It was titled, “Memorial Day,” and starred James Cromwell as Bud Vogel, a grandfather whose old World War II soldier’s foot locker was filled with more stories than objects. Vogel enjoyed drinking lemonade while sitting on the porch of his house. From that perch, he listened to the birds and identified them by their songs. In one scene, Vogel asked his grandson, who would later become a soldier, “You know why I like birds so much? They don’t just talk the stories, they sing them.”

“What is a blackbird?” It’s a bird in the family Icteridae. This includes blackbirds, grackles, cowbirds, meadowlarks, bobolink and orioles.

“I saw a bird that was either a crow or a raven just south of Minnesota in northern Iowa. How can I tell which one it is?” If you see the bird on the ground in that location, it’s a crow. If you see the bird flying, it’s a crow. A raven would be possible, but not likely. I believe there are only three records of a raven being seen in that region and they are all from the 1950s.

Kim Otten of Hayward and Tom Belshan of Glenville each asked how long wild parsnip has been around. This invasive plant grows from 3 to 6 feet tall with stout, hollow stems and alternate compound leaves. Its large, flat-topped, yellow flowers are in a distinctive terminal umbel, like an upside-down umbrella. Wild parsnip can cause phytophotodermatitis to the skin. If the plant juices come in contact with skin in the presence of sunlight, a rash and/or blistering can occur, as well as skin discoloration that may last months. Native to southern and central Europe, wild parsnip is believed to have been brought to North America as either a root crop by colonists as early as the 1600s or as an accidental transplant with an immigrant. It has naturalized in the wild and spread throughout North America. As with many non-native species, it thrives in disturbed areas and along roadsides, but it’s at home in open fields and lawns. It’s spreading and out-competes many native plants.

“How old are Canada geese when they begin to fly?” The goslings become capable of flight at 7 to 10 weeks of age.

John Christiansen, the first settler of New Salem, N.D., was breaking the virgin prairie with a plow in 1883. A couple of Sioux watched him intently. One turned over a piece of newly broken sod so that the grass was again on top. He pointed at the plowed ground and told Christiansen, “Wrong side up.”

The lovely Luna moth doesn’t have a mouth. It cannot eat and lives about one week, with the singular purpose of mating.

Bogor, Indonesia, averages over 300 days of thunderstorms each year.

Ticks are arachnids like scorpions, spiders and mites. Arachnids have four pairs of legs as adults and no antennae. Adult insects have three pairs of legs and one pair of antennae.

“Strive not to be a success, but rather to be of value.” — Albert Einstein