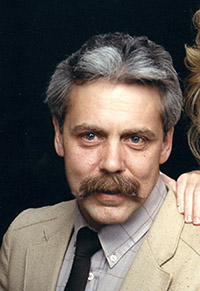 Gerald was born Aug. 23, 1948, in Oelwein, Iowa, to Gloria LaRane Shelson Schumacher and George Shelson. He attended school in Albert Lea from kindergarten through his graduation from Albert Lea High School in 1966. He was a confirmed member of First Lutheran Church.

He served in the United States Army in 1967 before studying drafting at Riverland Community College. He moved to Lima, Ohio, for work and worked for Ford Motor Co. in Detroit for 25 years designing cars. He retired as a senior detail draftsman in 2010.

In 1980 he married Pam Hoffman in Lima and to this union a son, Jeremy, was born.

He was preceded in death by his father, George Shelson; grandparents Roxy and Ronald Shelson; and uncle, Leo Ford.

He was the love of Gloria’s life.

Gerald loved motorcycles, had a black belt in karate and enjoyed golfing.

He is being cremated and will be buried at a later date.