Memorial services for James Albert Minear, 89, of Albert Lea will be at 1:30 p.m. Saturday at Bayview/Freeborn Funeral Home. The Rev. John Scherb will officiate.  Interment will be at Greenwood Cemetery. Visitation will be from 4 to 7 p.m. Friday at Bayview/Freeborn Funeral Home and one hour prior to the service at the funeral home.  Online condolences are welcome at www.bayviewfuneral.com. 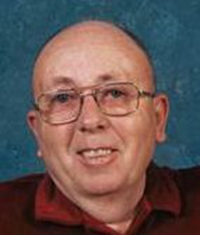 James Albert Minear was born July 15, 1925, in Twin Lakes, the son of Edward James and Lotta (Gleason) Minear. He grew up and attended school in Twin Lakes.

On Aug. 27, 1954, Jim was united in marriage to Marcella Arlene Petersen in Austin.  He drove a city bus in Albert Lea, drove a cattle truck for Cliff Thompson of Emmons, bartended at Twin Lakes Municipal Liquor and retired from Emmons Liquor as a clerk.  Jim and Marcella retired to Albert Lea 20 years ago, before that he resided in Twin Lakes for 69 years. During that time he served as the assistant chief for the Twin Lakes Fire Department. Jim was a member of Glenville United Methodist Church. He enjoyed dancing, playing cards, tinkering, woodworking, attending auctions, eating ice cream, napping, feeding birds and telling stories and jokes. Jim cared for the dogs and cats he had as pets over the years, even sharing his ice cream with them. Most of all, Jim enjoyed time with his family.

Dad enjoyed laughter, be it from a cartoon, TV show, story, joke, something funny he saw or one of his own smart remarks. Even in sad times he would find something to make people laugh. So even though his family is sad he is no longer here, they’ll honor and remember him by finding something to laugh about.