“Everything is nearly copacetic. I’m glad the election is over. I’ve convinced our elected officials that bad planning on my part constitutes an emergency on their part. I’m already eating at a Thanksgiving level. I’m threatening to give up my job of mowing the grass at the cemetery.” 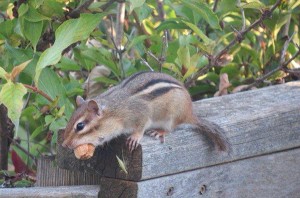 “There is too much responsibility. I have more than 300 people under me. The sexton, the fellow in charge of the graveyard, called and asked me to keep the job. I hadn’t told him that I was considering quitting. That’s the nice thing about living near a small town. Even when you don’t know what you’re doing, someone else does. I bought one of those exercise machines to help me shed a few pounds. I set it up in the basement, but I rarely saw it and didn’t use it much. So I moved it to the bedroom. It gathered dust there, so I put it in the living room.”

“How’s that working for you? Are you getting more exercise?” I ask.

“I am getting more exercise. Every time I get up from the sofa after a nap, I have to walk around that machine.”

The crow began its day with the goal of outsmarting everyone. It cawed its intentions. Its noisy boasting reminded me that I needed to put wheels on the day and take it on the road.

A chatter of birds hung over the day. Birds on the move in response to the changing of the season. Geese honked indignantly. A blanket of blackbirds, ragged at the ends, flew overhead. Lightly touched by the sun, the flock seemed endless.

Recurrent dandelions bloom in autumn. The monarch butterflies are long gone. Traditionally, they arrive at their winter roosts in Mexico by Nov. 1, Mexico’s Day of the Dead. I hope hard for a rebound in monarch populations.

The wind curled leaves, polished harvested fields and pushed the blades of wind turbines looming on the horizon.

A study published in the Wildlife Society Bulletin estimated that some 573,000 birds and 888,000 bats are killed in the U.S. annually by wind turbines. The neighborhood curmudgeon countered by saying that all those critters would have died sooner or later. Between 365 and 988 million birds are killed annually by building (window) collisions in the U.S. according to a study done by the Smithsonian Migratory Bird Center and the U.S. Fish and Wildlife Service. That report found that buildings four to 11 stories tall accounted for about 56 percent of the deaths.

Jan Jerdee of Albert Lea told me that when she was first married, she attempted to make bread. For some reason, the bread refused to rise. To conceal her failure, Jan tossed the staff of life, more-or-less, into the woods. There it found the ability to rise. Not long after that, her father-in-law told her that he needed to call the county extension agent because he had just found the biggest mushroom he’d ever seen in the woods.

Baker’s yeast used to leaven bread, molds that ripen blue cheese and the molds that produce antibiotics for medical and veterinary use are fungi.

An email from The Raptor Center in St. Paul said, “In mid-July this past year, a recently fledged female Cooper’s hawk was brought into our clinic to be evaluated. The homeowner was concerned that she and her siblings were not being cared for, but an evaluation by our clinic staff indicated she was in good health and well-fed. When returned to her nest site, both parents immediately appeared to confirm our thoughts. Three short months later, our clinic was notified that this young Cooper’s hawk was encountered again, this time near Travis County, Texas! Unfortunately, she was recovered deceased from being hit by a car. Before this, however, she had traveled 1,100 miles from her Minnesota home.”

“Do chipmunks hibernate?” Eastern chipmunks don’t hibernate nor do they fatten up before retreating to their burrows. In the fall, they gather food for storage. When temperatures fall, chipmunks move underground, where they enter torpor. Torpor is characterized by a reduced body temperature, lowered oxygen consumption, reduced heart rate and slowed breathing. It allows a chipmunk to get better mileage from its cache of food. Chipmunks wake occasionally to eat stored food before going back to sleep until the warmth of spring arrives.

“Do woodpeckers migrate?” Some do and some don’t. The downy, hairy and red-bellied woodpeckers don’t migrate. The yellow-bellied sapsucker, northern flicker and red-headed woodpecker do.

“In late summer, I’m bitten by insects so small that I need to put on reading glasses to see them. What are they?” The bite of the minute pirate bug is painful far out of proportion to its size. The tiny (around 1/8 inch long), flattened, black insects are somewhat diamond-shaped with whitish wings. They are bothersome in September and October. Their bites are misguided as they don’t feed on blood or inject venom. They are important predators of corn earworm eggs.

“What kind of insect is a white sock?” It’s a nickname for the buffalo gnat, otherwise known as a black fly or turkey gnat. The females feed on the blood of mammals.

Weather folklore says that if leaves wither and hang on the bough, it betokens a frosty winter and much snow.

The natural diet of the black-capped chickadee during the winter consists of 50 percent spiders, insects, insect eggs, larvae and pupae, and 50 percent seeds and berries.

In her book, “A Natural History of the Senses,” Diane Ackerman wrote, “Each day, we breathe about 23,040 times and move around 438 cubic feet of air.”

“It’s practically impossible to look at a penguin and feel angry.” — Joe Moore

“Someone is sitting in the shade today because someone planted a tree a long time ago.” — Warren Buffet