A memorial service for Ronald E. Hanson will be held at 11 a.m. on Friday at the Bonnerup Funeral Chapel. The Rev. John Holt will officiate. Visitation will be held one hour prior to the service. Interment will take place 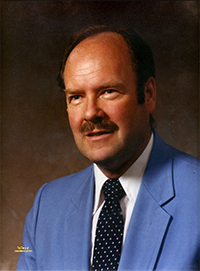 Ronald was born on Sept. 22, 1929, to George and Alma (Ingvaldson) Hanson in Albert Lea. He attended and graduated from Albert Lea High School. Ronald was united in marriage to Gloria Ann (Thompson) on June 11, 1950, in Albert Lea. He worked at various businesses in the Albert Lea area, including JCPenney, Streater and the Co-op Creamery. He later moved to Blooming Prairie where he farmed for six years. He settled in the Clinton Falls and Owatonna area where he owned a Servicemaster franchise and later worked for ERA Gillespie Real Estate.

Surviving members of his family include his children Virginia, Thomas and Heidi; seven grandchildren; and one great-grandchild.