Barn owls are scarce in Minnesota due to harsh winters, other owls 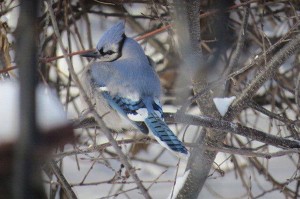 “Everything is nearly copacetic. I’m not making any more New Year’s resolutions until June. That way I don’t have to fight the crowd. The only resolution I’ll make in January from now on is to make it until February. My doorbell is broken. I put a sign on the door, ‘Doorbell broken. Don’t knock. Send a text.’ I don’t want to be awakened while I’m expanding my unconsciousness by taking more naps. Even though there are times when I feel like I’m unsuccessful beyond my wildest dreams and life is ruining my health, I shouldn’t complain, but I like to give something back to the community. It doesn’t do any good to complain. People either don’t want to hear my complaints or they are overjoyed that I have them. After all, I’m just a following person.”

“A following person?” I say.

“When I was in school, I made regular visits to the principal’s office. Part of the reason was because the principal wanted my sage advice, but mostly it was because I was a following person.”

“Could you explain that?” I ask.

“It would come over the school’s loudspeaker like this, ‘The following persons are to report to the principal’s office.’”

The day was cold but glowing. All of our winters have weather that is regularly called bad. It’s called bad because it is bad according to the weatherman. This winter is a testament to that.

I heard a black-capped chickadee whistling, “fee-bee.” The tiny chickadee considers itself charismatic megafauna. This song has been interpreted as “spring’s here,” “hey, sweetie,” “love you,” “sweet-ie” and “spring-soon.” The males often begin singing in January and the songs increase in frequency as winter progresses. This song is meant to establish territory or attract mates. Chickadees also make a distinctive “chick-a-dee-dee-dee” call. Research has shown that the number of “dees” in a chickadee’s call indicates the threat level from nearby predators. The 5-inch long bird also makes a call that sounds as if it is saying “cheeseburger.”

I love hearing the chickadee’s declaration of spring, but as it is every year, it’s a bit overly optimistic.

“Do birds freeze while taking baths in the winter?” It would seem that winter bathing would put birds at risk, but they do it quite safely. Bathing is essential to good health. Bathing aids preening, which aligns feathers for optimum insulation and waterproofing. The feathers of a healthy bird shed most of the water, preventing it from reaching the insulating down and the skin. The water cleans their feathers of dirt that would otherwise interfere with the feather barbules acting like Velcro to keep water from penetrating. Good feathers enhance flight ability, allowing normal movement and predator avoidance. Birds typically bathe in shallow water along flowing streams and they know when and how to bathe in order to prevent their feathers from freezing up.

“Why do monarchs gather on trees?” There is no definitive answer as to why these butterflies (weighing less than one-half gram each) do this. They could all be attracted to the conditions existing in a particular area. Gathering together might help protect them from the elements and predators. Perhaps a group of monarchs share body heat, gaining protection from cool temperatures.

“Do barn owls nest in Minnesota?” They nested in our barn when I was a boy. I was fortunate. The last breeding record of a barn owl in Minnesota was 1991 according to the Minnesota Ornithologists’ Union. There were seven barn owl nests in Iowa last year. Two of them nested in elevated blinds built by hunters. Winters are hard on barn owls. A barn owl could go three days without food, whereas a great horned owl could last two weeks. Great horned owls prey on barn owls.

“Which generation of monarch butterflies migrates?” Each spring, the first monarchs arrive in the United States and southern Canada shortly after milkweed plants first appear there. These butterflies come from eggs laid by females who spent the winter in Mexico and flew to find milkweed in northern Mexico and the southeastern United States. These first monarchs are considered to be the first generation of the year. The monarchs mate, lay eggs and die. Each of the three to four summer generations lives two to six weeks as adults. The monarchs that emerge as adults at the end of the summer undergo the same life cycle as the generations before them, until they are adults when their lives differ from other broods. Instead of mating and laying eggs, they put all their energy into migrating to a climate that could sustain them until spring. This allows them to live as long as eight months. They emerge from the pupae in a state called reproductive diapause. Diapause is a period of suspended development. These individuals don’t have the mature internal sex organs that the earlier generations had. A variety of signals from nature induce a diapause condition, including shortening day length, changes in temperature between day and night, and the age of the milkweed plants they ate as larvae. Beginning in late August and continuing through September and October, these butterflies fly up to 2,000 miles south to Mexico. They nectar at flowering plants and catch rides on air currents that allow them to soar instead of using powered flight.

The Humane Society says indoor cats live much longer and healthier lives than outdoor cats: 18 to 20 years versus 3 to 4 years.

Approximately 290,000 acres of Minnesota’s existing Conservation Reserve Program will expire in 2015 — about one-fourth of the state’s total.

“The butterfly counts not months, but moments and has time enough.” — R. Tagore

“Be modest! It is the kind of pride least likely to offend.” — Jules Renard